The former Secretary General and Head of the Civil Service, Dr Njogu L. Bah, is today expected to open his defnece, at the Special Criminal Court in Banjul before Justice Emmanuel Nkea.

This was after the conclusion of the testimony, under cross-examination, of the 2nd accused person, Pa Harry Jammeh, the former Solicitor General and Legal Secretary.

Lamin AMSJobarteh, the former Minister of Justice, Pa Harry Jammeh and Dr Njogu L. Bah, are being tried under a three-count charge, which included conspiracy to carry out a lawful purpose by an unlawful means, giving false information to a public officer, and abuse of office; charges they denied.

Continuing his testimony under cross-examination, Pa Harry Jammeh told the court that the reason that led to the issuing exhibit E, which stated to arrest the staff of the judiciary, was written by the 3rd accused and addressed to the IGP.

The AG had oversight functions, as far as the judicial matters are concerned, he said.

Responding to questions by defence counsel B.S, Touray, who asked Pa Harry Jammeh to look at exhibit F11, the minute of the Judicial Service Commission, Pa Harry adduced that he could not remember whether he had signed his attendance on it.

He was further asked who at the ministry wrote to the PMO on the appointment of some of the public prosecutors, whom the counsel named.

Pa Harry Jammeh said he could not remember who wrote that letter, and further stated that he had earlier outlined his functions, and added that whatever he had done, he did it in consultation with the AG.

“I am the legal adviser of the Gambia National Petroleum Company Ltd,” he said.

“I know the allowances are given from time to time,” he added.

It was put to him that he received a remuneration of D20,000 monthly, but he denied that.

It was further put to him that he paraded himself as Solicitor General at the Ministry of Justice and the overriding boss, but he denied that too.

Under cross-examination by the Director of Special Litigation, Daniel O. Kulo at the Attorney General’s Chambers, Pa Harry Jammeh stated that it was not correct to say that he Pa Harry and Jobarteh raised the issue of Justice Wowo.

“I did not know who issued the directive for the arrest, detention and charging of Justice Wowo,” he said.

“I was reporting on what the AG told me, and the AG told me that the President was present at the discussion at State House, but I did not have a written document to back this statement,” said Pa Harry Jammeh.

He added that he did not know who bought the air ticket of Wowo.

“I found the passport and the air ticket of Wowo on the table of the AG,” he stated.

He further stated that the Ministry of Justice and the Judiciary are separate arms of government, and it was also correct that the transfers of judicial staff are internal matters of the judiciary.

“It is not correct that I attended a meeting at State House with the 1st and 3rd accused. At the level of the ministry, we mostly act on the written directives,” he stated 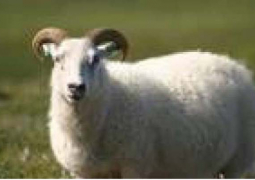