The United Nations is in the grip of a moral crisis.

The BBC has learned that the UN ignored or suppressed evidence that its troops in the Democratic Republic of Congo gave arms to militias, and smuggled gold and ivory.

It heard allegations that inquiries were halted for political reasons. Of course this is not the first crisis of its kind to hit the UN in recent years.

For some time now it has been clear that the UN is in need of serious reform. Its moral authority in the world has been seriously undermined by the United Sates led invasion of Iraq and the workings of the institution have been continuously affected by the use of Security Council vetoes, that before we even consider the actions of troops on the ground. In recent years there has been a slow drip of bad news with regard to the behaviour of UN troops on the ground in various war-torn or poverty-stricken countries.

The latest revelations are every bit as shocking.

Pakistani peacekeepers in the eastern town of Mongbwalu were involved in the illegal trade in gold with the FNI militia, providing them with weapons to guard the perimeter of the mines.

Indian peacekeepers operating around the town of Goma had direct dealings with the militia responsible for the Rwandan genocide, now living in eastern DR Congo.

The Indians traded gold, bought drugs from the militias and flew a UN helicopter into the Virunga National Park, where they exchanged ammunition for ivory.

The litany of crimes relating to Pakistani peacekeepers was investigated by the UN in 2007. It concluded that one officer had been responsible for dealing in gold - allowing traders to use UN aircraft to fly into the town, putting them up at the UN base and taking them around the town.

But the UN decided that "in the absence of corroborative evidence" its investigators "could not substantiate the allegation" that Pakistani peacekeepers supplied weapons or ammunition to the militia. It did, however, identify "an individual who seemed to have facilitated gold smuggling".

It now seems to be clear that Pakistan is not going to investigate its own soldiers and once again the UN is left looking toothless.

The ideal of the United Nations is a very noble one and we must all, in the international community, try and work together to save the ideal and reform the organisation. It has become big and bloated and now seems completely incapable of policing itself. A small cabal of states, which sit on the Security Council, essentially run the show at the expense of small or weak countries. This is not the ideal on which the United Nations was founded.

Unless radical reform is undertaken quickly, the United Nations will soon be beyond saving and this would be a tragedy. While it does need considerable reform, the basic principles on which it was founded remain both pertinent and relevant to the modern world. If every nation works together, as we must, then we can face head on the challenges that we all face from various threats such as climate change and food and fuel shortages. Only together can we tackle these issues in a realistic and effective fashion.

"Injustice anywhere is a threat to justice everywhere." 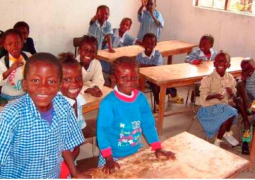 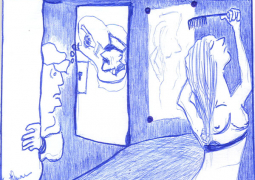 Teen Age Pregnancy: Who to blame?