The protracted civil suit filed by one Buba Bojang against the Brikama Area Council and Kombo District Authority was recently struck out by Justice Edrissa Mbai of the Brikama High Court.

The court also awarded D5000 cost to the defendant.

In his ruling, Justice Mbai, stated that the court has carefully considered the submission made by both parties and the question arising there from is whether the court has the jurisdiction to entertain the suit.

According to him, jurisdiction is the basis for any proceedings, noting that no matter how judicious and articulated a judicious decision may be, if the court lacks the jurisdiction such a decision is a nullity.

He stated that this court cannot go against such a clear wording of the statute and Section 153 is very clear.

He said based on that "the case is hereby struck out with cost of D5000 awarded to the defendant."

The plaintiff was seeking for a restraining order against the defendant in a plot of land, situated in Brikama. 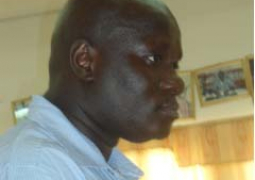