ST, aka ‘the Gambian dream’, who is originally from Badibu Saaba but residing in Brikama, has said his music is not all about money but talent.

Briefing PointEntertainment recently, ST said he did not come from a Griot family but has to do music because music has chosen him and he has the talent and the knowhow of treading this career, saying this is his fourth year in music.

ST said further that he is working on his album and if God wishes it shall be out in 2012.

The album is entitled ‘Distinction’, he said, adding that he feels like schooling himself musically as this is the time for him to start producing the outcome of his labour.

The youngster said he is yet to travel out of The Gambia but has done shows in the interior parts of the country saying he is still unsigned but he is doing his level best to go from height to height and even doing bigger thing than most signed artistes to the point that he can be counted as one of the best artistes in the country.

ST also said he has connections in the UK, the US and Germany if he could be given the necessary support to climb a few more rungs up the ladder of music to tap from these connections.

The Gambian music is going smoothly on the side of the artiste said ST, who also says promoters are falling short of doing their job.

“They discriminate a lot and that is affecting the artistes because the ones with talent are neglected,” ST charged.

“I have fans club throughout the country especially in Brikama and Ebo Town and I am urging them to keep showing some love and let them watch out for my album,” he said. 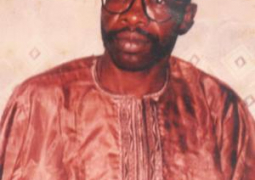