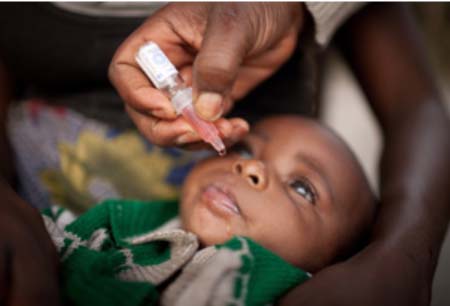 August is National Immunization Awareness Month.This awareness month highlights the need for improving national immunization coverage levels and encourages all people to protect their health by being immunized against infectious diseases.

Vaccines (shots) help prevent dangerous and sometimes deadly diseases. National Immunization Awareness Month is the perfect time to promote vaccines and remind family, friends, and co-workers to get caught up on their shots.

Dr Azadeh, our health adviser, a senior lecturer at the UTG and senior consultant in Obstetrics & Gynaecology will this week highlight the importance of vaccination of infants and young children to prevent serious and fatal diseases from day of the birth of a baby and young children.

First of all I wish to emphasise that Gambia has one of the highest success record worldwide in immunisation of infants and young children throughout the country for many years through excellent support of the Gambia Government and Health Ministry.

Why are immunizations important?

Vaccines are prevention against dangerous and fatal diseases in adults and children. Some of these diseases include measles, rubella, and the flu. Most vaccines are given at certain ages. However the flu vaccine is given every year to anyone over the age of 6 months.

What is in a vaccine?

Vaccines contain substances such as mercury, formaldehyde and aluminium but they are in such small amount they provide no negative effect on an individuals. We are already exposed to these substances in small amount in milk, seafood, exhaust, and water. A weakened form of the disease is contained in the vaccine. Some vaccines also contain substances that help the individual produce a stronger immune response to a specific disease.

Yes, based on 50 years of experience vaccines have an exceedingly low possibility of showing any unexpected long-term issues. Examinations of vaccines are performed on a regular basis to make sure they are safe. Vaccines are usually given in the form of a shot. Some children may experience side effects such as a sore leg, rash, or mild fever from the shots but they usually go away in a day or two.A more moderate or severe reactions may develop in a few children but this is rare.

How well do vaccines work?

Vaccines have proven to be extremely successful. No medication is perfect but vaccines work 90%-100% of the time. The chances are very small, but it has happened where individuals depending of the vaccination, may develop immunity. However, a second dose may cause the vaccine to work in an individual.

Will your child get the disease because of the vaccine?

No, with inactive vaccines this will not happen because a dead virus cannot cause disease. With a live vaccine an individual may get mild symptoms of the disease but it is never unsafe and is actually proof the vaccine is working.

Why does the Government require children to be vaccinated before attending school?

The public health system has a priority to protect the health of the public. They do not only protect the individual but they protect the people around them.If immunizations were not required many parents may choose to not vaccinate their children which could cause the disease to spread into a mass outbreak.

Every year more than 10 million children in low- and middle-income countries die before they reach their fifth birthdays. Most die because they do not access effective interventions that would combat common and preventable childhood illnesses. Infant immunization is considered essential for improving infant and child survival. Although global immunization coverage has increased during the past decade to levels of around 78% for diphtheria–tetanus–pertussis-3 (DTP-3), WHO’s African Region has consistently fallen behind, reaching only 69% DTP-3 coverage by 2004.

In response to challenges in global immunization, WHO and the United Nations Children’s Fund (UNICEF) set up the Global Immunization Vision and Strategy (GIVS) in 2003. The chief goal of GIVS is to reduce illness and death due to vaccine-preventable diseases by at least two-thirds by 2015 or earlier.

The Task Force on Immunization in Africa (TFI) recognized from the outset the need for high vaccination coverage to counter the disproportionate burden from vaccine-preventable diseases in the African Region, and therefore set challenging goals for 2001–2005. These goals aimed to ensure that the immunization performance of the African Region caught up with other regions’ performance.

The findings of a 1998 review of the Expanded Programme on Immunization (EPI) formed the basis for of the first EPI Regional Strategic Plan (2001–2005). This plan set five key objectives to be met by 2005:circulation of wild polio virus to be interrupted in all countries; maternal and neonatal tetanus to be eliminated in all high-risk districts; hepatitis B vaccine to be introduced into all countries, yellow fever vaccines to be introduced in all countries at risk, and Haemophilia influenza type b vaccine to be introduced in at least half of the countries offering hepatitis B vaccine; measles to be controlled in all epidemiological blocks and eliminated in southern Africa; and 80% of the countries of the African Region to have reached at least 80% DTP-3 coverage in all districts. This paper explores the progress made on these objectives.

Here are the 14 diseases that can be prevented with routine childhood Vaccination and a brief description of each disease: The recommended immunization schedule for babies includes vaccination protection against all of the following diseases:

Diphtheria is caused by bacteria that live in the mouth and throat of an infected person and cause a sore throat, fever and chills. If Diphtheria is not properly diagnosed and treated; the bacteria can produce a toxin that causes serious complications such as heart failure and paralysis. About one person in 10 dies. Diphtheria used to be a major cause of childhood illness and death. It is spread from person to person through sneezing, coughing, or even breathing. Through the 1920s about 150,000 people a year got diphtheria, and about 15,000 of them died.

Hepatitis A virus causes liver disease, which can result in fever, loss of appetite, fatigue, stomach pain, vomiting, and yellow skin or eyes (jaundice). Children younger than about 6 years old might not show any symptoms. About 100 people die each year from liver failure caused by hepatitis A. Hepatitis A virus is found mainly in bowel movements, and is spread by personal contact or through contaminated food or water.

Hepatitis B virus also causes liver disease (the word hepatitis comes from the Greek words for “liver” and “inflammation”). It is spread through contact with blood and other body fluids. . Hepatitis B infection can cause muscle or stomach pains, diarrhoea or vomiting, yellow skin or eyes (jaundice) or loss of appetite and fatigue. People usually recover after several weeks, but some of them become “chronically infected.”

These people can spread the disease to others through unprotected sex, sharing needles, or other exposures to blood. Chronically infected people often suffer from cirrhosis (scarring of the liver) or liver cancer, and about 3,000 to 5,000 die each year. Health care workers are at increased risk and public service workers. A mother who is chronically infected with hepatitis B virus is very likely to infect her baby at birth. Other than babies of infected mothers, children aren’t at particularly high risk.

Measles virus causes a rash all over the body, fever, runny nose and cough. About 1 child in 10 also gets an ear infection, up to 1 in 20 gets pneumonia, 1 in 1,000 gets encephalitis, and 1 or 2 in 1,000 die. Measles still kills about a half million people a year around the world. Measles is extremely contagious, and is spread through the air by Mumps.

Mumps is a relatively mild disease, causing fever, headache, and inflammation of the salivary glands, which causes swelling of the cheeks and jaws. It can lead to meningitis in about 1 child in 10, and occasionally to encephalitis or deafness (about 1 in 20,000) or death (about 1 in 10,000). It is spread from person to person through the air. It used to be a very common childhood disease.

Anyone old enough to remember the 1950s will remember the panic caused by polio – a virus that left up to 20,000 people paralyzed each year, unable to walk or sometimes even to breathe. About 1,200 people in the United States were permanently confined to 700-pound “iron lungs” to enable them to breathe, and about 20 of these polio victims still live in them today. Thanks to polio vaccine, there has not been a case of polio in the Gambia.

How do vaccines work?

To understand how vaccines work, it helps to understand how immunity works. The human immune system is designed to protect us from anything that enters our body that doesn’t belong there (not including food, of course). Immunologists call these things “non-self.”

Later on, if the person is exposed to the same germ again, antibodies are quickly deployed to eliminate it before it can make the person sick again. This is immunity. Immunity is why a person who gets an infectious disease doesn’t get the same disease again. (There are exceptions: many different viruses can cause the common cold, for example, and lu viruses change from year to year, so existing antibodies might not recognize them.) This is a very deficient system. There is only one problem with it. The first time a child is exposed to a disease, his immune system can’t create antibodies quickly enough to keep him from getting sick.

Eventually they will light of the infection, and leave the child immune to future infections. But not before child gets sick with the disease. In other words, the child has to get sick before becoming immune in years.

For further information Ministry of Health, Immunization Department, all Government Hospitals and clinics throughout the country, number of NGO’s and Private Clinics, also e-mail azadehhassan@yahoo.co.uk or send text to DR AZADEH on 7774469 /3774469. 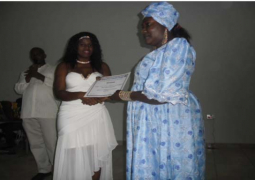 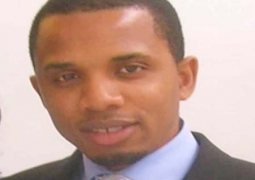