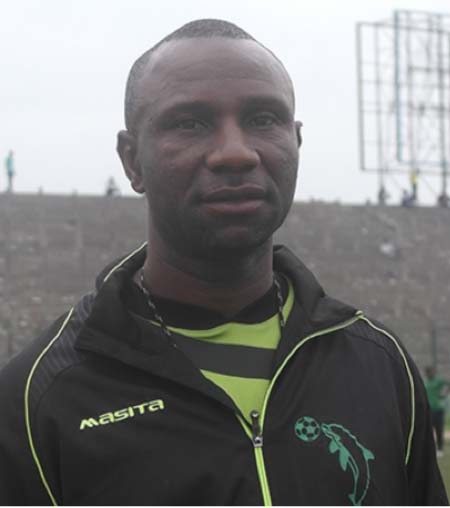 FlorentIbenge, head coach of AS Vita Club of the Democratic Republic of Congo, has slammed the Independence Stadium pitch for his side’s 1-1 with Gambia Ports Authority in the 2017 CAF Champions league second first leg tie played yesterday.

Ibenge was speaking to reporters shortly after his side’s 1-1 draw with the Gambia Ports Authority in the continent’s top tier football competition.

Ibenge said it was very difficult for his side to play their normal football on the Independence Stadium pitch, although their target in the first leg in Banjul was not lost.

Ibenge revealed that his side could have won the game had the Independence Stadium pitch was good.

Ibenge further revealed that the Gambia Ports Authority goal came as a result of lack of concentration, adding that GPA is a very good team.

Ibenge said they would go back to Kinshasa and prepare his team well for the second leg next week.

Alagie Sarr, head coach of Gambia Ports Authority, expressed confidence that his side would progress to the group stage despite their 1-1 home draw with AS Vita Club.

Sarr said they were going to the training ground to prepare for the second leg next week in Kinshasa.