The Six Gambian youths forming part of a delegation of the Gambia Boxing Association who were arrested in , Baracas Terminal One, , are still being held in .

According to our sources, the delegation was heading for where it was supposed to take part in a boxing championship, and while on a three-hour transit in they were arrested by security apparatus.

In pursuit of its journalistic values, this paper was able to contact the police station in where the six Gambian youths are being detained and in the event spoke to one of the detainees, Malick Singhateh.

Commenting on their conditions in a telephone interview, Malick confirmed that they are still being detained at the time of going to press. But he was quick to say that two of them: Mamadou Drammeh and Badou Secka were severely tortured, handcuffed and put in a cell.

"Definitely even as I speak to you now, we are still being held at , Baracas Terminal One. We really need your support back home. Right now we are six in number here, but our leader Mamadou Drammeh and Badou Secka were severely tortured day before yesterday and put in cells with handcuffs", Singhateh told this paper, adding that he was also a victim of torture.

According to Singhateh, the Spanish authorities did not tell them anything, neither did they release them.

"They just tell us that by Friday (tomorrow) they will deport us back to the Gambia even though we all have valid visas", he stated.

On whether they wanted to abscond, Singhateh replied in a rather furious mood that they all have valid visas and were heading to for a boxing championship.

Singhateh further stated that even though they fast in this holiest month of Ramadan, they find it difficult to break the fast because of the lack of means.

The Gambia Boxing Association delegation consists of 17, but due to the fact that they could not travel together, the group was divided into two. The second group, now taken into custody in , took a flight bound for Banjul-Madrid then Madrid Milan.

Upon arrival in , our sources stated, the six including the head of the team, Mamodou Drammeh, were arrested when they could not produce valid documents relating to the event they claimed to attend in .

According to our sources, despite the fact that they got correct visas on their passports, coupled with the faxes sent by the organisers to the Spanish authorities, the six are still being detained.

We could not get the official reaction of the National Sports Council (NSC) yet, but an insider said the Gambia Boxing Association was granted leave to go out of the country for the competition.

Meanwhile, efforts to talk to the Spanish Consulate in proved futile. 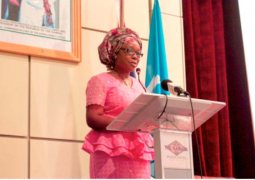