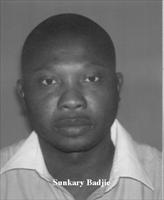 Following reports of an alleged financial misappropriation that was recently unearthed at the Brikama Area Council(BAC), the Council has issued a press release to that effect, describing it as "totally misleading, inaccurate and devoid of truth".

It is our firm conviction that the reports published by the Daily News Newspaper and the Point Newspaper is imbalanced since the authors of the articles did not make efforts to seek the view of council's Public Relations Officer. The reported fifty-four Million Dalasi scam by the Point Newspaper is equally baseless, gravely false and taken out of context.

Council is fully committed and has been committed to plough back the revenue generated from the people in the forms of services and development and is committed to respond to the concerns and welfare of the tax payers. Such reports are mere allegation and fabrication.

Council has initiated numerous projects which include the purchase of three new tractors and two official vehicles costing D3.33 1,425.00 to enhance waste collection and disposal, the two hundred thousand Lamin Darussalam Water Extension Project, twenty-five thousand Council Contribution for the completion of the Brikama Mortuary project, the payment of five hundred thousand Dalasi to GAMWORKS as council's contribution for the construction of the Wellingara Market, donation of twenty-five thousand to Sukuta Youth & Sport Committee, repairing of the Lighting Project, rehabilitation of roads, construction of toilets at Sanyang markets, ,the hundred and fifty seven thousand, seven hundred and seventy Dalasi Busumbala electricity extension project, construction of a new well at Giana in foni Kansala and the nine hundred thousand payment to NAWEC and fifty thousand Dalasi as payment of school fees for sponsored students in the year 2009 etc.

The deduction of salaries of staff was not limited to the cleansing service unit only but it was general and was based on regulating improper grading, so as to base payment of salaries in line with the respective qualifications and positions of our staff.

The concerns of the cleansing service unit have been a priority for council and as such the unit is provided with protective gears, medical bill to motivate them. Concerning the other issues raised, we felt they are personal and therefore irrelevant for us to respond.

It is our view that the press in it quest to inform the public of events, must fully adhered to journalistic values of honesty, truth, accuracy, balance and independence rather than bent on misleading the public.