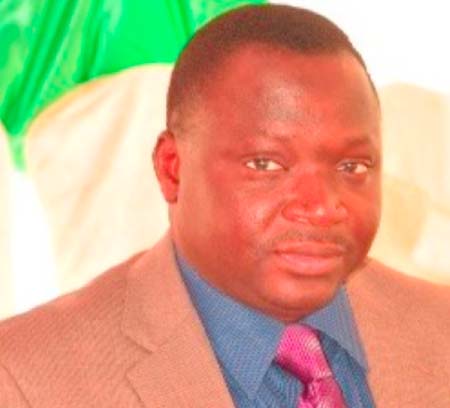 Justice Eunice Dada of the Banjul High court yesterday ordered Ansumana Jammeh, the former Gambian Ambassador to Qatar, to pay a fine of D25 million, while Sanna Bah and Hassan Badjie were ordered to pay one hundred and twenty thousand dalasis each.

When the case was called, Hadi Saleh Barkun, the Director of Public Prosecutions (DPP) appeared for the state, while Lawyer Lamin S. Camara announced his representation for all the accused persons.

“My lord the summary of facts dated 13 June 2016 was filed today, counsel have been served and may I apply for it to be put before the accused persons,” submitted the DPP.

A copy of the said summary of facts was given to the accused persons to read the contents, and they agreed to the facts stated.

At that stage, the DPP told the court to proceed with the sentencing of the accused persons.

In his plea of mitigation on behalf of the accused persons, defence lawyer Camara told the court that count I, 2, 3, 4 and 5 did not relate to the 2nd and 3rd accused persons.

He further told the court that for count 6, Messrs Bah and Badjie were jointly charged and that one too did not relate to the 1st accused person.

He said the convicts from the beginning of the trial cooperated not only with the investigation of the case, but also with the trial proper and that, by pleading guilty to the charges, the convicts had saved the prosecution’s time, energy and money in terms of litigation costs and, therefore, they were entitled to and should be accorded a sympathetic sentence.

“It goes without saying that by pleading guilty one has a price to pay as demonstrated by how remorseful and regretful the convicts felt. In the circumstance, I enjoin my lord to temper justice with mercy. It is human to err; human beings are not endowed with hindsight and that includes the convicts, and if we were endowed with it then there would be no need for courts and laws,” submitted lawyer Camara.

He continued: “Having said that, however, I enjoin my lord to look at section 29(3) of the CPC and section 2 of the Economic Crime specified Offences Act, and among other things to take into consideration, in passing sentence, to avoid custodial sentence on the accused persons; as my lord has the power to impose a fine on the convicts. They are first-time offenders and respective heads of their families and breadwinners.”

The accused persons are also young and at the prime of their lives, and have every reason to aspire to be better citizens and serve their state with diligence.

“I respectfully urge this court to exercise its powers under section 29(3) of the CPC and not to impose a custodial sentence on them.”

In her judgment, Justice Dada said in view of the submission of the defense counsel and the accused persons having pleaded guilty to all the six counts, and accepted the facts of the case, he ordered Ansumana Jammeh to forfeit his properties located in Bijilo and Old Yundum and his vehicle and pay D25 million within 36 months from the date of this judgment.

Sanna Bah and Hassan Badjie were ordered to pay the sum of one hundred and twenty thousand dalasis each respectively within six months. 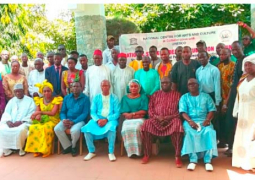