Twenty Gambians have been arrested in Senegal after the interception of a boat that was believed to be heading to Europe, Fatu Network reports on Wednesday.

This latest development came barely a week after a boat carrying about 170 migrants; mainly Gambians capsized off the Mauritanian coast resulting to scores of deaths.

According to the online medial platform, a local news outlet, Senego, in Senegal reported on Wednesday that dozens of migrants were arrested by Senegalese police at Soumbédioune Beach, Dakar.

The Public Relations Bureau of the Senegalese police said the youths were arrested at around 5 a.m. on Wednesday 11 December. 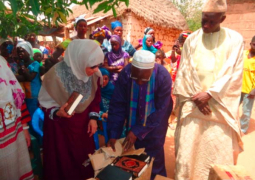