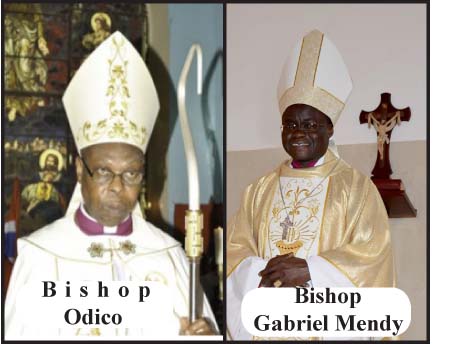 The Gambia Christian Council has urged the Constitutional Review Commission (CRC) to entrench the word ‘secular’ in the preamble and section 1 of the draft constitution. The council made this call on Monday during a press conference at its office.

Bishop Gabriel Mendy stated that on 18 December 2018, the Gambia Christian Council submitted to the Constitutional Review Commission its proposal which advocates for the inclusion of the word secular and other provisions it wanted to be incorporated into the new constitution. The proposal also suggested amendments and additions to the provisions of the current 1997 Constitution it wanted to reflect in the draft constitution. According to the Bishop, the Constitutional Review Commission, however, disapproved upon receiving the proposal.

“The last 7 years has been a testing period for Gambian Christians, ranging from encroaching on their land demarcated as cemetery for burials, wearing of veils in Christian run schools, declaring The Gambia as an Islamic State, disparaging remarks about Christianity from the former head of state, the threats to close down the Christian cemetery in Banjul,” he stated. “The invitation of the Islamic scholar Dr. Zakir Naik who publicly made critical remarks about Christianity and many more,” he stressed.

He further highlighted in points key provisions of the constitution which the council deems imbalanced and unfair and recommends that these provisions are adjusted to a balanced and fair level to ensure unity and cohesion in the country. He rebuffed the concept of the word secular being understood as ‘irreligious,’ ‘rejection’ and ‘exclusion’ of religious considerations in everything pertaining to the state including not having public religious prayers and symbols, saying “this is certainly not what the council is advocating for”.

Chairman of the council, Bishop James Allen Odico said, in the former regime The Gambia was unconstitutionally declared an Islamic state and many remained silent about it. He stressed that everyone in this nation is equal whether minority or majority and that has to be respected. The new constitution has to promote equity and neutrality, he added. He also stressed that what has not been in the constitution since independence should not be there now in the new Gambia.

Pastor Seal Jammeh, a member of the council explained incidents of bullying and provocation of christians and confirmed that they have the records kept. He narrated that in Serekunda two mosques were built to sandwich a church with their speakers located in the direction of the church windows, making sure they interrupt the Christian worshippers during fellowship.

Begay Jabang a member of the campaign group said the Constitution Review Commission has a mandate to carry out its duty fairly in the interest of every party. Therefore,  he said the decision to omit the word secular could be challenged before a court of law. 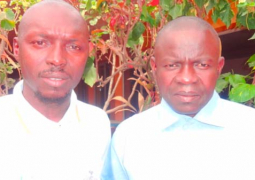