The Director of Franco-Gambienne has reiterated that the centre is meant for the promotion of culture and a place for maintaining respect for each other.

Pascale Rassouk, Director of Alliance Franco-Gambienne has stressed that Alliance Franco-Gambienne was set up to promote culture in diversity. " is not only meant for the promotion of the French Language, but Gambian and other cultures too. We are happy that we have been able to show cultural diversity here at by inviting Gambian artists to showcase their talents," he said.

Pascale Rassouk further said that they had hosted several artists from , , and displaying their culture and talents. He said Gambian artists have performed on several occasions and have thrilled their listeners and fans. "We have hosted cultural exhibitions, photo exhibitions, musical instruments exhibition, painting exhibitions and several other exhibitions to promote artists and culture. The rains are here; we are expecting more performances when the rains cease by September or October. Meanwhile, the place is open for meals, meetings, extra classes, performances, training and studies," he said.

Pascale Rassouk further reiterated that the turnout for cultural performances have not been as high as expected, "People should be part of the entertainment at , because it gives the real taste of the culture we are trying to promote. It cannot be promoted without people's participation," he said.

Monsieur Senghore in charge of the education at , said the learning of French is pertinent in The Gambia since Francophone countries surround the country. "It is part of the culture of learning and has not affected the activities that go on at . We see lots of cultural exhibitions and musical display by different nationalities; this is culture at work," he said.

Monsieur Pascale Rassouk said his centre encourages respect for the young and elderly as seen by the many interactions between the young and the old, teachers and students. "We are encouraging all to be part of activities that will come up at to see and learn from cultures," he said. 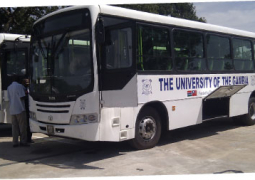 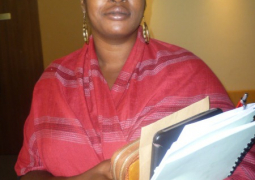