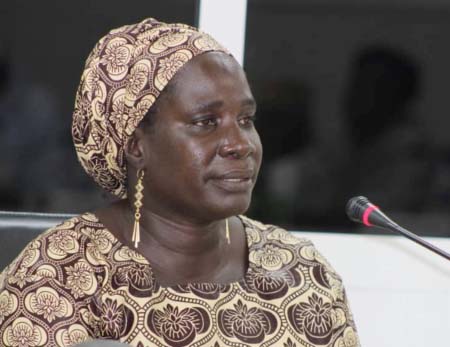 An alleged witch-hunt victim in the 2009 infamous witch-hunt orchestrated by Gambia’s exiled president Yahya Jammeh, Mrs. Therese Gomez yesterday appeared before the Truth, Reconciliation and Reparations Commission (TRRC). She narrated how  two other victims namely: Danjan Sowe and Lasana Jarju died as a result of drinking the concoctions and beatings.

A native of Manduar and Makumbaya in West Coast Region, Mrs. Gomez recalled that there were people who came from Serrekunda who claimed to be acting on the orders of former President Jammeh.

The witness explained that at that time, her daughter had been delivered of a new baby and she was standing with her. All of a sudden, she said, a man came and gripped her hand and took her away.

“They took me away to a bus where I found young girls and boys drumming and dancing. This individual asked me to get on board the vehicle which I did. I found many of my neighbours, who were also arrested but they never told us something that warranted our arrest.”

Mrs. Gomez recalled that the man that took her to the bus was alone and dressed in red and was carrying a mirror.

“They took us to a compound around Kololi and when we reached the place, they gave us lunch, but I was among those who refused to eat because of anger,” she told the commission.

After the lunch, she indicated that they were lined-up and shortly afterwards they were given a concoction to drink.

“When I saw the first group that was made to drink the said concoction emerged, I was afraid because those removed were like dead bodies.”

Mrs. Gomez further recalled that when it was her turn, she was given a cup of concoction to drink, which tasted ‘very bitter.’

“I was taken to a big room and I later began to feel dizzy. They used to undress us naked and wash us. Even if we wanted go to the toilet; they would go with us naked. We were like a mad person and couldn’t control ourselves. Whenever we stood or walk around, they would kick our legs and we would fall to the ground,” she recounted.

“As this process continues, there was a woman called Danjan Sowe, who drank the concoction but later died, while another man- Lasana Jarju was beaten to death.”

She disclosed that a concoction was given to her when she was being taken home around the evening, saying she didn’t even know how she was behaving.

“Upon arrival at our compound, I was not able to do anything, neither knew what was going on. I even fight with my daughter throughout the night.  I removed my cloths to launder and I went to light fire in that night and I saw nothing but blood everywhere.”

Gomez recounted that the stigma it gave to her was deplorable, as people in their village were all calling her and others as witches.

“People used to discuss that it was the witches that were taken away and based on that, if people see her, they would ran. That has affected my life seriously and since then I used to have experienced severe head pain.”

This 2009 infamous witch hunt, she said, were acting on the orders of former president, Yahya Jammeh. 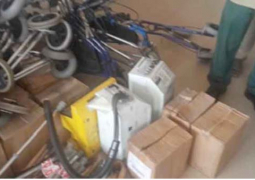