Lamin Shabba Danso charged with the offence of obtaining money by false pretence and stealing, was last Wednesday granted bail of D50,000 with two Gambian sureties who must deposit an affidavit of means and their ID Cards.

Danso pleaded not guilty to two counts of obtaining money by false pretence and stealing.

The particulars of the offence on count one stated that between February and April 2010, at Fajara and diverse places in the Kanifing Municipality, the accused, Lamin Shabba Danso, with intent to defraud, fraudulently obtained from one Diana Van Weert of D129,000 with the representation that he would buy a plot of land and fence the same for her in Brufut, which representation he knew to be false at the time of making such representation.

Count two read that the accused, Lamin Shabba Danso, converted the ownership of the three vehicles: one Audi S6, one 190 Mercedes Benze and one BMW X-5 by registering the same in his name at the licensing department after such convert ion, did pledge the Audi S6 and the MBW X-5 to one Abdou Nyang Mendy and Ousainou George respectively and wrongly sold the Benz 190 to one Matarr George, knowing such vehicles were financed by Diana Van Weert for a joint business at the TDA.

The case, presided over by Magistrate Drammeh of the Kanifing Magistrates' Court, was adjourned until 8 March 2011.

Two brothers dead after wall collapses on them 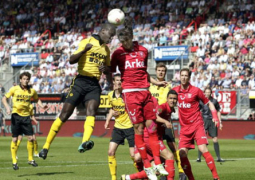