A man called Muatarr Bah was recently arraigned before Magistrate Clement of the Kanifing Magistrates’ Court, charged with robbery with violence.

The particulars of the offence further state that before taking the said items from the complainants, the accused threatened to harm them with a cutlass.

Meanwhile, the prosecuting officer, CPL 3560 Colley, applied for the case to be transferred to the High Court, since the alleged offence was robbery with violence. 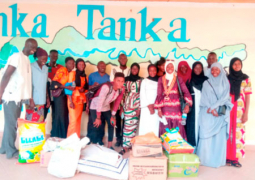