The criminal case of prohibition of conduct conducive to breach of peace involving five men continued recently at the Brikama Magistrates’ Court.

Testifying for the prosecution, Modou Bojang told the court that on 16 September 2011, he sent Modou Lamin Cham, Buba Njie and Sulayman Njie to show one Yaya Kinteh his (Kinteh’s) land.

He said those people stayed for long and he decided to follow them.

At that juncture the case was adjourned for continuation. 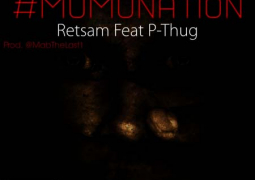