Now as the second problem, the headship of the family, it is quite clear that it requires a manager to look after and manage the affairs of the family, which represents an association of man, woman and children with the attendant obligation springing there form.

Like every other social organization, the family too stands in need of a responsible head in the absence of whom a state of anarchy is bound to prevail, which ultimately lead to a general privation of all.

There may be three possibilities as to the headship of the family: one, man is head of the family; second woman heads it, an third, both of them are at once the heads of the family.

We need not take into account the third and the last possibility as our common experience is enough to show that the presence of two heads always leads to even more trouble and anarchy than when there is no head at all.

The Holy Quran referring to the creation of the heavens and earth says:

“if there were therein gods besides Allah, then verily both (the heavens and the earth) had been disordered”,

“Nor is there any god along with Him; else would each god have assuredly championed that which He created, and some of them would assuredly overcome others” (xxi: 22).

If such is the case with these imaginary gods, then what about human beings who are so aggressive and unjust?

There science of psychology bears witness that the children brought up under quarrelsome parents wrangling over the headship of the family are found to be unbalanced emotionally besides being victims to so many psychological complexes and disorders.

There are thus only two possibilities left.

Before considering these we would like to ask question: which of the two sexes is better equipped to shoulder the responsibilities of headship of the family?

Is the one equipped with rational qualities in a better position to head the family or that whose existence is characterized by emotions?

The problem is resolved the moment we realized that it is the man, equipped as he is with rational qualities and a strong physical body, who is more entitled to head the woman who is by her very nature emotional, susceptible to external influences and thus ill equipped for the struggle of life as well as the headship of the family.

Even woman herself does not respect a man who is a weakling and can easily be conquered by her.

She despises him; nor can ever bring herself to trust him.

This behavior of woman may be the vestigial remnant of the attitude of mind she imbibed over the centuries and through the training she received in the past.

The fact is, however, undeniable that she is still strongly drawn to a physically well-built man, as is show by the case of the American woman.

Though she has achieved an equal footing with man and has come to be recognized as a quite independent being, she enjoys subjecting herself to man, makes love to him and tries to win him over.

She is moved by his strong well-built body, broad chest and when satisfied of his strength as against her own physical weakness she surrenders her person to him.

Woman may seek leadership in family life so long as she has no children and has no worry to educate and train them. After having children she can ill afford to shoulder extra responsibilities, for her functions as a mother are already far too great a burden upon her.

This does not, however, mean that man should be a dictator over woman or in this house, for the leadership entails obligations and duties which can be discharged only through mutual consultation and co-operation. Success in management means reciprocity of understanding and perpetual sympathy. Islam insists that love and mutual understanding and perpetual sympathy rather than conflict and competition should from the basis of family life. Says the Holy Quran: “Consort with them in kindness” (IV: 19), and the Holy Prophet said: “Best amongst you is he who is good to his wife” (Tirmizi). The gauge thus lay down by the Holy Prophet to judge a man is his behavior towards his wife.

And a very sound standard it is, for no man can ill treat his wife unless he is spiritually diseases and absolutely lost to virtue or at least partially handicapped.

But it is the “official” relationship within a family that has occasioned many a doubt that call for an explanation. Some of these doubts arise out of woman’s obligations towards man and some centre around the problems of divorce and polygamy.

Let us remake here that marriage is primarily a personal relationship and, like every other relationship between two persons, depends, in the first place, on the personal, psychological, rational and physical harmony between the persons concerned. The law can hardly secure any of these by an order.

Therefore if a married couple lives in a perfect peace and harmony it may not necessarily be due to their meticulous observance of all the rules of matrimonial life.

For, many a time it happens that consummation of love between man and wife followed their bitter bickering. Similarly, if a state of discord and conflict is witnessed in the married life of a couple it may not be due to some mistake on the part of the husband or a gross disobedience of the wife.

It is just possible that both of them may be exceptionally noble as human beings, but still their temperament may differ and so they may lament the impossibility of coming to terms between themselves but still they may not be able to affect a compromise with each other.

Despite all this the common law must, however, take note and frame rules for married life, for no system of life can claim comprehension if it does not provide for a law governing this delicate aspect of man’s life.

A law setting the general and inviolable limits at least must be there, with the man and woman to work out the details of it in prescribed limits.

If there is love and peace between a couple, quite naturally they would not go to law as successful marriage seldom stands in need of the legal protection or verdict.

But when there arises a conflict between them, they seek the aid of law in the hope that if would put an end to it.

Of law it is expected that it should be just, should not favor one of the parties to the detriment of the other, and should as far as possible cover the widest possible range of cases.

At this place I must, however, repeat that no law can possibly cover all the different cases or situations cropping up in human life, nor is its rigid, literal application to all cases considered just or a sound precept.

Let us cast a glance over the Islamic law with regards to the obligations of the wife in whose name all this hue and cry is being raised.

With regard to her obligations prescribed in Islamic law the following three points may be considered.

(1)Do these obligations constitute an injustice towards woman?

(2)Are they unilateral and carry no rights with them? And

(3)Are these obligations perpetual, such as woman can never free herself from?

Woman has three most important obligations towards her husband: (1) She should obey him whenever he should want her to go to bed with him; (2) should not allow anyone to defile the bed of her husband whose presence is resented by him, and, (3) she should be faithful to him in his absence.

As to the first of these, a little explanation is necessary to appreciate it properly.

Its wisdom is obvious. Man’s physical constitution is such as impels him to sexual gratification more often so as to relieve himself of its oppression and so that he may be able to perform his duties in practical life more smoothly and efficiently.

He is in his youth in practical life more dominated by the sex instinct and feels the need to gratify it more acutely than a woman does, although sexually she is far more profound than he and is physically and psychologically more intensely inclined to it, but her inclination may not express itself in the physical sense alone.

Marriage is a means to gratify this natural urge of man as well as meet the demands of his spiritual, psychological, social and economical life. Now the question is:

what should a husband do if on approaching his wife he is coolly brushed off by her? Should he seek to establish illicit relations with other women?

No society can approve of such a course, nor can the wife herself agree that her husband should be physically or psychologically attracted by another woman as no matter what the conditions of life be that would be too much for her. ……To be continued 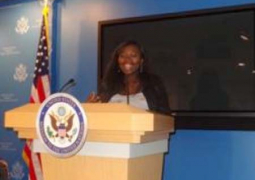