The Kanifing Magistrates’ Court Thursday remanded in custody one Balla Secka, who was arraigned on a two-count charge of house-breaking and stealing.

According to the charge sheet on count one, the accused person, Balla Secka, on 30 October 2012 at Bakau Janneh Kunda in the Kanifing Municipality, broke into the house of one Yaya Touray, with intent to commit a felony, to steal.

Count two read that after breaking into the said house, he stole the following: Physical cash of D400, a DVD player valued at D800, a Samsung and Nokia mobile phone valued at D1,450, a wrist-watch valued at D1,500, one pair of trousers valued at D150, an ID card and TIN certificate value unknown, all being the property of Yaya Touray.

He denied the charge, and was subsequently remanded in custody.

The case was then adjourned till 12 November 2012. 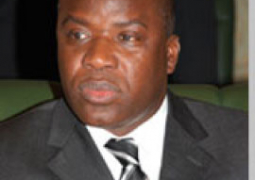