The trial of alleged case of assault involving one Sulayman Camara proceeded recently at the Brikama Magistrates’ Court before Magistrate Babucarr Secka.

Testifying for the prosecution, Alhagie Bobo Jallow told the court he recognised the accused and could recall 14 June 2011.

He said that on the aforementioned date, he took his bench to go to his restaurant and while on the road waiting for a taxi, the accused person came and stood in front of him and asked where he got the bench from.

He said that after he told the accused that it was given to him by the person who gave him the house, the accused held his neck and other people started beating him until he fell down.

Still testifying, he said that at the time of the incident he was having in his possession a double-sim card mobile Nokia, a single sim card mobile and D350, which were taken away by the accused and other boys.

The witness further told the court that after he was beaten, the accused person and his accomplices entered into a room, adding that when he went to the room he found the door locked.

He also said when he went to his restaurant he met the accused person and others standing there.

The accused again gripped his neck and they started beating him until he sustained injury, he said, adding that he was taken to the police station and later to the hospital where he was admitted and discharged. 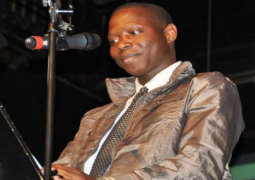