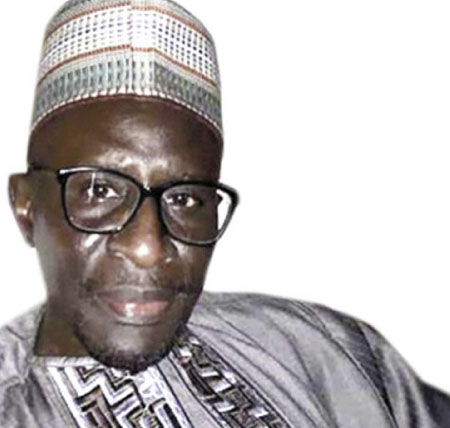 Sheriff Kijera, chairman of Gambia Centre for Victims of Human Right Violations has voiced his concern over threats he receives from some members of the former ruling Alliance for Patriotic Reorientation and Construction (APRC).

Mr. Kijera said he believes that the threats were as a result of his stance for the government not to issue permit to APRC to protest in demand of Yahya Jammeh’s return.

The Victims Centre chair in strong terms; condemns these threats, saying he is not taking them ‘lightly.’

“The APRC members are issuing threats to me and the Victims Centre,” Kijera said. He added that the party is in an anger is urging him to come and stop them from obtaining a police permit if he (Kijera) is a Gambian.

“They have been mentioning my name on a number of times and emphasising that let me not stop them through an audio.”

Kijera claimed that former KMC mayor, Yankuba Colley made some threats during his interview on Start FM Radio. He added similar threats were advanced by Bakary Jaiteh commonly known as Bakso. “Both of them are saying I should even try to stop them and that I should be very careful about the APRC.”

He said knowing the atrocities that have been committed during the Jammeh regime; he is therefore not taking the threats lightly. “So we are not taking it lightly because they are the same APRC that we knew under Yahya Jammeh.”

“I have forwarded the audios to the Inspector General of the Police and that of his deputy, informing them about the threats and we will engage the police and make a formal complaint today.”

According to an audio obtained by The Point, Yankuba Colley was quoted as saying: “Anybody who is not part of our protest shouldn’t come. I heard the Victims Centre, the people that are “eating money” saying that we should not be issued a permit. Is he more Gambian than us? I want to tell him that we are more Gambians than him. ‘Bilahi’ let him not test APRC,” Colley said.

“Let him said anything what he wants to say in the papers but let him not test us. We have a right to exercise our rights. Does he think he is more Gambian than Jammeh? In fact even where he is staying is built by Jammeh,” Yankuba claimed.

Bakary Jaiteh, a strong APRC supporter said: “We are Gambians and that we have rights as you also have as Gambian. We also have the right to fight for our liberty and freedom. Kijera, you and you victims centre are very ungrateful to Adama Barrow government and that is why you can’t prosper because you have your agenda.”

“APRC is coming out to protest and that we will never relent and we have all rights to exercise our freedom in this country.”

He said that the protest is going to be a peaceful demonstration. “Kijera if you said you are a Gambian and can stop this permit then stop it and see. If the victims centre also has a right to stop the permit, then do it and we.”