The trial of an Algerian national charged with the offence of economic crime before Justice Mikailu Abdulah of the Banjul high court, was recently adjourned.

When the case was announced, state counsel Kanni Touray told the court that her witness, a National Intelligence Agency officer, was “unavailable”.

She said they have other witnesses, but the intelligence officer was the star witness and should testify as the state’s first witness.

The Algerian, Tahar Haouari, was first arraigned on June 11 at the high court in Banjul on three counts of economic crime, conspiracy to commit a felony and stealing.

State prosecutors accused Mr Haouari with two others (now at large) of causing economic loss to GAMTEL, the national telecommunications company (Gamtel of D611,340.03 by installing a giant SIM box whichwas used to divert international calls from Gamtel’s international gateway, an act detrimental to the economy of The Gambia.

He was also accused of obtaining D115, 677 from QCell company by installing a SIM box. 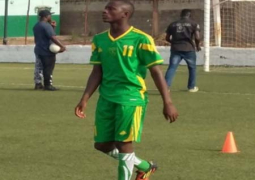