Gambia attacker Demba Savage's Veikkausliiga side Honka are new leaders in the finish league after a successful 1-0 win over JJK to climb 13 points.

The win has helped the side to overtake former leaders Dawda Bah's HJK Helsinki, who drew 0-0 with in Monday matches to fall back to second position with 11 points.

In the Norwegian Tippeligaen, The Gambia's stars went through a titanic battle in 13th week games.

Abdou Darbo Honefoss outclassed Brann 2-0, to moved up to 14 position and 11 points on the table.

SK Brann and Sandefjord are lying at the bottom of the table with 10 and 5 points, respectively

Dawda Leigh and Kristian Brix Valerenga title race suffered a setback after losing to Tromso 2-1. They are still on 22 points and 5th position. 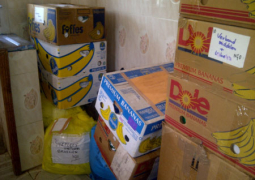