The rate at which criminality is increasing in our society is indeed alarming.

We have been seeing all sorts of violence in this country for some time now. Murder is now rampant; rape is on the increase and, on top of this, we are now seeing the use of hammers and cutlasses as a weapon of attack.

It was a taxi driver who was reportedly brutally murdered and dumped in a well in Kombo Kerewan last month after his attacker, who hired him for a town trip hit him with a hammer several times on the head before dumping him in a well, where his decomposed body was removed two weeks after.

Just 25 days after that incident, another of killing case has been reported in Lamin Sanchaba village, this time involving a young man, who was said to have killed a man in his 40s after suspecting the man of having an affair with his mother.

Laws seek to guarantee a free and peaceful society where everyone can live in dignity and justice.

We find it disturbing to see crimes being committed at an unprecedented rate, as reported in our local papers.

Most often these heinous crimes are committed by very young men, which could otherwise be controlled by means of preventive measures.

So many issues have to be looked at in these latest cases. One is that the young man must have taken the law into his own hands by killing the man just for suspecting that he was having an affair with his mother.

Secondly, mothers should also avoid doing certain things, especially in the presence of their own children, who are looking up to them as role models.

Another important thing is that parents should always think twice before going in for separation, because such can put their children into very difficult lives, exposing them to new mothers and new fathers, whose rapport with the kids might be a different one for one reason or another.

Also, the suspect who allegedly murdered the taxi driver is reportedly to have told investigators that he was in need of his own taxi, which led him to such heinous act.

He was even reported to have told his father after the incident that he bought the taxi. This is bad.

On a general note, we should avoid envy in our dealing with our each other. We are all endowed differently - opportunities are not the same for everybody, and some people are certainly luckier than others.

So instead of being eaten up by envy because of other people’s successes or good fortune, we should share their joys while working hard to make our own progress.

People who are envious of others hardly progress. They spend all their time and energy in plotting the downfall of others.

If they spend half of that time and energy in improving themselves, they might even do better than the people they envy.

We should learn to be content with what we have, enjoy the gift of life and take both the rough and the smooth. It is not everything we desire in life that we get exactly the way we want them.

Let’s get rid of this mindset that brings nothing but sorrow and tragedy.
“He who profits by a crime commits it” 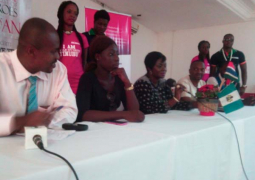