The newly-appointed Managing Director of Ecobank Gambia Limited Josephine Ankomah has described her institution as a fair and transparent institution, which believes in promoting a gender balance.

The Ecobank boss was speaking during the presentation of agricultural items such as seedlings and fertilizers, among others, to the Bakau women gardeners as part of her bank’s contribution toward the celebration of International Women’s Day.

Representatives of the Bakau women’s group and Ecobank management attended the presentation of the agricultural materials, which was held at the Ecobank head office along Kairaba Avenue on Friday.

According to the MD, Ecobank celebrates all people, but it especially loves to celebrate with women, as women are the backbone of our society.

They are the foundation of everything and, in an effort to contribute to that hard work, Ecobank decided to give a little token of seedlings and fertilizers to the Bakau women’s gardening group to boost their agricultural produce, she said.

The MD further stated that Ecobank are delighted to be associated with the Bakau women gardeners, and commended them for being hard working and dedicated.

Therefore, she added, Ecobank as an institution respects and is committed to the development of all women.

“It is not only left to the men. We believed that what the man can do a woman can do, and that sometimes the women can do better,” the Ecobank MD stated.

“So we are very a gender balance organization and, as a show of commitment to the celebration of the International Women’s Day, we have chosen the Bakau gardening group to support them with some token of seeds and fertilizers to help their produce to grow better,” she added.

According to her, Ecobank is an institution that believes in equal opportunities irrespective of gender, and Ecobank is committed to ensuring the development of both human resources, whether women or men.

She cited as an example what obtains in Ecobank, adding that in the Ecobank Group the deputy CEO is a woman, likewise head of human resources, as well as the Managing Director at Ecobank Gambia.

According to her, her institution is a unique organization in thirty-three African countries.

“We believe in promoting African businesses and also partnering with other institutions in Africa to promote the development of the African continent,” she said.

Ecobank’s uniqueness is in being Pan African, and the fact that Ecobank is the only bank within Africa that has a wider footprint, wider network across Africa and there is no other bank that is operating a wider coverage than Ecobank.

She said they are one bank, which sells same product in The Gambia, Ghana, Rwanda and Burkina Faso and other countries.

Rohey Sonko, one of the female beneficiaries, commended Ecobank management through the Managing Director for providing the agricultural materials; which would go a long way in improving their farm produce and boost their productivity, she said.

She spoke of the significance and benefits attached to their gardens, adding that most of the women are able to pay their children’s school fees and buy land through proceeds from the gardens.

Therefore, she said, Ecobank’s coming to their aid was something that is worthy, as it is geared toward supporting the President’s vision in boosting agricultural development in the country.

She then challenged other banks to emulate Ecobank for this timely intervention, which is a great effort in the drive to attain national food sufficiency. 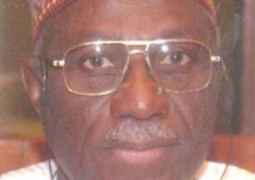