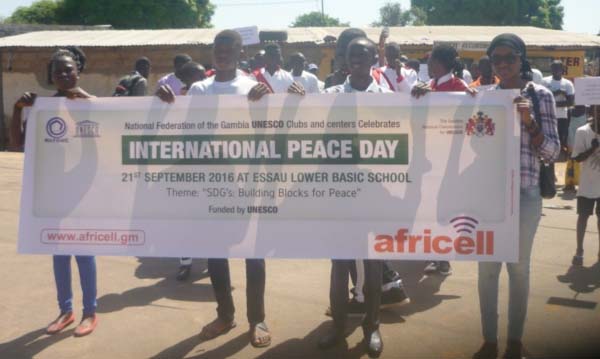 The annual meeting was meant to look at the activity of the association during the year under review, and take stock of the achievements and constraints, as well as carve the way forward to better manage their finances.

The theme for the AGM is: “fight poverty, making available financial and nonfinancial services to members at reasonable cost.”

In his report, Sheriff T. Sanyang, the chairperson of the Agricultural Workers Association Cooperative Credit Union, said the AGM was important, as it signifies the adherence to the democratic ideals, principles and philosophy upon which governance, management and operation of a credit union movement is anchored.

It also offers credit union members the opportunity to scrutunise and make those elected directors to manage and utilize their savings accountable to them, he said.

It encourages and stimulates directors to handle concerns essential to maximise the financial and operational status of the credit union, to enhance the livelihood of its members.

The AGM also seeks to scrutinise, review resolutions for adoption, quest for appointment of general manager and support staff, as well as the revival of the association.

Mr Sanyang assured the members that the leadership of the association would endeavour to move the credit union to another level.

He said during the period under review, members enjoyed an array of loans which assisted them to address short and medium term financial needs.

He added that the association’s credit union has experienced sound financial footing, that enabled it to disburse huge volume of loans to its members, and accrued added income for the members to pay dividends to members and shares respectively.

In his opening remarks, Sariyang MK Jobarteh said a model credit movement is premised on the philosophy and principles of cooperatives, and lifetime partnership for its members and the vision that leads to promote and support the development of viable credit union through sound and market-based business strategies.

It is also to develop and make available the best financial and nonfinancial services to the members at reasonable cost, maintain the long-term viability of the association through self-sustaining strategies, combat poverty through the philosophy and principles of credit unions and preserve the reputation of the credit union as a model financial cooperative.

He said the theme for the AGM was indeed in conformity with the realities of the Gambian situation, fighting poverty by providing financial and nonfinancial `services at reasonable cost.

This represents an increase of 36 per cent, he said.

This represents an increase of 0.36 per cent, he said.