The National Federation of The Gambia UNESCO Clubs and Centres (NAFGUC) on Wednesday commemorated International Day of Peace under the theme ‘Building blocks for peace’ at Essau village, Lower Nuimi District.

The proceedings of the day began with a match pass from Essau police check point to Essau Lower Basic School.

Speaking on the occasion, Maimuna Sidibeh, senior programme officer at the National Commission for UNESCO, said conflicts continue to tear societies apart, exposing millions of women and men to immense suffering, and poverty, too, remains enduring, just as inequalities are deepening.

“Violent extremism is on the rise – barbarous acts of terror strike at communities in every region. The world is facing the most important refugee and displacement crises of our time, with 65.3 million individuals forcibly displaced in 2015,” she said.

Madam Sidibeh also noted that humanity’s cultural heritage and diversity are under attack as world heritage sites are destroyed to eradicate the message of tolerance and dialogue that they embody. At the same time, the planet faces rising pressures from the consequences of climate change.

According to her, all of these weakens the foundations for peace and also highlights the vital importance of global action, guided by the values and principles of the United Nations.

She affirmed that the defenses of peace must be built in the minds of women and men through education, freedom of expression, intercultural dialogue, respect for human rights and cultural diversity and scientific cooperation.

Keeping the peace, Sidibeh said, means building it every day, in every society, with every woman and man. It means living together, and working towards a better common future for all.

Lamin Ceesay, secretary general of NAFGUC, said the federation holds a strong belief in the importance and strategic role of young people in preventing and resolving conflicts, non-violently.

Alagie Jarju of the National Youth Council said young people have to be the building blocks for peace building, noting that peace does not mean the absence of war only.

Key Instruments for Women and Gender in Africa Adopted 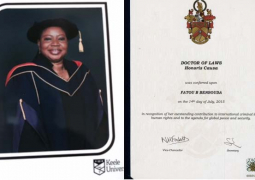 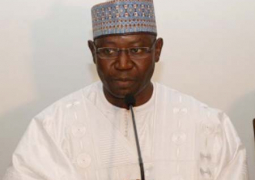