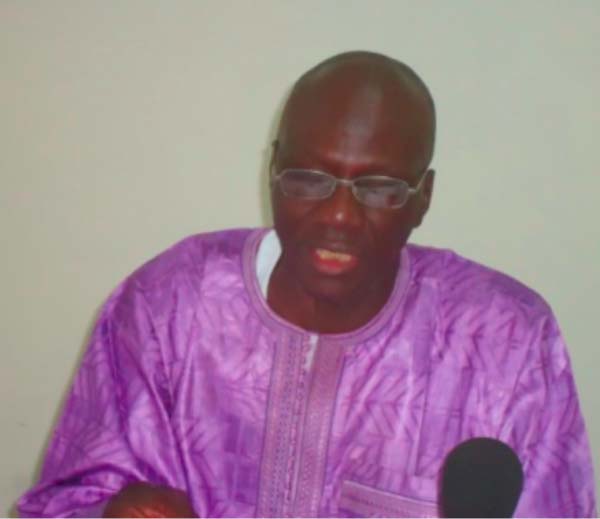 The Deputy Minister of Agriculture, Sheriffo Bojang, has expressed fear and concern about the danger of insect and pest “devastation” of the country’s crops.

He added that the agriculture industry continues to be under a serious economic threat by notorious alien pests, while losses of up to 100 per cent have been realized in some fruit plants like pawpaw.

The deputy minister was speaking at the signing ceremony of the Technical Cooperation Programme (TCP) Project on Integrated Pest Management on Whitefly Pioneered between Plant Protection Services of the Department of Agriculture and FAO Gambia office.

The signing ceremony was held on Wednesday at the conference room of the Ministry of Agriculture.

He also stated that other plants have suffered a decrease in yield due to the direct and indirect negative impacts of pests.

According to Bojang, the project has arrived to help them check the further spread and destruction caused by flies, which are causing significant economic losses to horticulture, especially in the West Coast and the North Bank regions of the country.

He said that earlier in 2013, an assessment of the pest situation was done by the Plant Protection Services in collaboration with the National Agricultural Research Institute (NARI), and some technical advice had been rendered to the affected farmers through various means, which included the television.

“This TCP is consistent with the country’s medium term plans on poverty reduction and food security as enshrined in the Poverty Reduction Strategy Paper 11 PRESP II, Gambia National Agricultural Investment Plan (GNAIP), and other strategic development blueprints of The Gambia,” he noted.

On behalf of the Ministry of Agriculture, he expressed appreciation to the signing of the TCP on Integrated Pest Management on whitefly, which when implemented is expected to solve the menace of whitefly pests in The Gambia.

Deputy Minister Bojang assured all of the Agriculture ministry’s continued collaboration with the FAO in supporting the government to meet its development agenda or goals.

The FAO country representative, Dr Perpetua Ketepa Kalala, said the magnitude of crop loss and destruction to landscape and ornamental plants, as a result of whitefly infestation, mostly in the West Coast and North Bank regions, “is of great economic significance”.

She said there is also “high risk of the insect pest spreading to new locations in The Gambia and to neighbouring countries”, if preventive measures are not swiftly put in place.

It was for this reason, the country FAO official noted, that the Ministry of Agriculture and FAO found it very relevant to design a technical cooperation programme to control this devastating insect pest - the whitefly - engaging sustainable integrated pest management approaches.

“The TCP Project we are signing represents a contribution from FAO of D20.4 million. The project which has duration of 18 months was designed by the Plant Protection Service of the Ministry of Agriculture with technical support from FAO,” she stated.

The project objective is aligned to The Gambia development priorities, including the ANR Policy, Vision 2025, the GNAIP, the SDGs as well as the UNDAF for The Gambia, she added.

She reaffirmed the FAO’s commitment to deepening its collaboration and technical cooperation with the Ministry of Agriculture and the Gambia government.