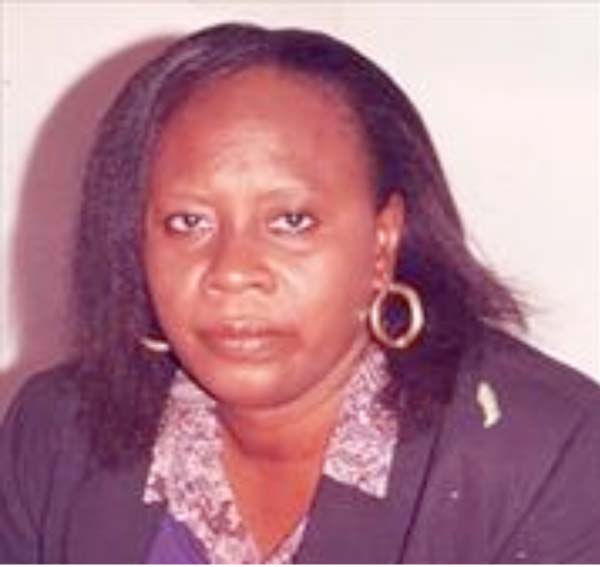 Fatoumata Jahumpa Ceesay, a former Speaker of the National Assembly under the Government of President Yahya Jammeh, has asked President Jammeh to accept the result of the December 1 Presidential election, and agree on “a peaceful, dignified and amicable exit” for President-elect Adama Barrow to assume office come January 19 this year.

Now a Consultant on Gender/Children; Governance; Elections; Parliamentary and Peace/Conflict Resolution, Mrs Jahumpa Ceesay, who has been a visible and strong advocate for the development plans, policies and mission of the APRC party, stated: “…With utmost respect and great affection for you, your family and the Gambian people, I believe strongly that it will be in the supreme interest of our people, our country, sub-region and for the preservation of your handsome legacy, to work with your colleagues in ECOWAS, as well as the AU, UN, OIC, EU, Gambia Bar Association (GBA), Gambia Chamber of Commerce and Industry (GCCI), your current serving ambassadors, civil society groups, including religious, women, youth and student groups, as well as the security chiefs; to agree on a peaceful, dignified and amicable exit for you in a manner befitting of a Head of State.  This will make way for the President-elect to continue the work that you have started.”

The statement of Mrs Jahumpa Ceesay, commonly known as FJC, is as follows:

ON THE POLITICAL IMPASSE IN THE GAMBIA

Your Excellency, Sir, please accept warmest fraternal greetings from me and on behalf of my family; to you Mr. President and to Her Excellency First Lady Madam Zineb Yahya Jammeh and to first family. As we have just celebrated the birth of the Prophet (SWT), Jesus Christ (RA) and we prepare to welcome the New Year, I first want to take this early opportunity to pray for your continued good health and long life Your Excellency, and that of your family and all Gambians.

I wish to rededicate my commitment to your great vision to make the Gambia a modern country and one of the leading nations in Africa and throughout the world. I further want to reaffirm my unfaltering support for these plans and to pledge to you that the mission will be completed Insha Allah, whilst wishing you a happy and prosperous 2017 in advance. I also want to seize the same opportunity Your Excellency, to thank you for the opportunities that you gave to me and my family, as well as to the many Gambians, to contribute, in our small way, to the massive development and progress you have brought to the people of the Gambia in the twenty two years of your rule.

My family and I will forever be grateful to Your Excellency for your generosity and your great vision.

Sir, personally, I owe you a great debt of gratitude, because you gave me the opportunity to represent my country in the great offices of our nation, the sub-region of West Africa, the African Continent and beyond. It is during your glorious tenure that I ascended the high offices of the Speaker of the National Assembly, First Female Deputy Speaker of the ECOWAS Parliament, President of the Commonwealth Parliamentary Association, and as Your former Director of Press and Public Relations and now a Consultant on Gender/Children; Governance; Elections; Parliamentary and Peace/Conflict Resolution.

I have also been a visible and strong advocate for the development plans, policies and mission of our great party the APRC to transform the Gambia into a middle income country in the shortest possible time. So thank you, Your Excellency, for laying a firm foundation for a modern Gambia, in just 22 years and for the good fortune you bestowed on me. Your great achievements as President of the Second Republic are already documented in history and you have in the process, carved an indelible place for yourself in the history of our great nation. It is with a deep sense of foreboding, Your Excellency that I write this plea addressed to Your Excellency, as a former Speaker of the National Assembly, and in my personal capacity as a private citizen of the Gambia and as Peace and Development Advocate with special interest in the welfare of Women/Children and Good Governance. I write it with the clear knowledge of the consequences of civil conflict on our women and children, and it is this that I respectfully ask Your Excellency to reflect on at this most difficult time in our country’s history, as you prepare to exit in grace and dignity.

Having said that Your Excellency and following extensive consultation, several concerned people, both inside and outside of the Gambia have asked for my personal intervention in this political impasse that ensued after the Presidential election of 1st December 2016, in which Mr. Adama Barrow was elected as incoming President, in a free and fair election.

I must appeal to you Your Excellency and my dear brother, that my pride and elation in you and your family knew no bounds upon hearing the glowing tributes and respect that were lavished on you specifically and to the Gambian people generally; when you graciously conceded defeat and publicly congratulated the President-elect Mr Adama Barrow for his handsome victory

Therefore, on the 2nd of December 2016, you added yet another achievement to your many other achievements, by showing the world that the Gambia is a democracy and Gambians are democratic, and we can have a peaceful transfer of power through constitutional means. You confounded the critics and impressed the world with your mature gesture of magnanimity in defeat and proved once again that you are a true democrat, a true Pan-Africanist and a devout Muslim in faith.

Your Excellency in your televised congratulatory telephone call to President-elect Mr. Barrow, you graciously informed him that his victory is the decision of Allah (SWT) and that you believe in whatever Allah decrees. To that end let me remind you, most respectfully of the long standing adage that, “Man proposes and God decides”, so your unwavering belief in Allah (SWT), must now convince you that Allah is Raheem and it is HE who controls our fates. Your Excellency, being born and bred in a family that is endowed with proven political pedigree, I understand the idea of winning and losing electoral contests.

Therefore, with utmost respect and great affection for you, your family and the Gambian people, I believe strongly that it will be in the supreme interest of our people, our country, sub-region and for the preservation of your handsome legacy, to work with your colleagues in ECOWAS, as well as the AU, UN, OIC, EU, Gambia Bar Association (GBA), Gambia Chamber of Commerce and Industry (GCCI), your current serving ambassadors, civil society groups, including religious, women, youth and student groups, as well as the security chiefs; to agree on a peaceful, dignified and amicable exit for you in a manner befitting of a Head of State.

This will make way for the President-elect to continue the work that you have started.

I wish to further suggest that you and the President–elect co-chair such a meeting of stakeholders, similar to what is being done in Ghana currently. Such an arrangement will further underscore your credible claim of putting the Gambia first in all your actions and intentions. Your Excellency, this action will also cement your commitment to the protection and preservation of the 1997 Constitution of the Gambia, to which you swore an

oath of allegiance, in which you pledged to execute your obligations under that constitution without fear, favour, affection or ill will, whilst upholding that Oath of Office.

I truly believe Your Excellency that if you listen objectively to your colleagues in ECOWAS, tasked with facilitating a peaceful transfer of power to President–elect Barrow, you will find agreement that will preserve the peace and avoid conflict. Your Excellency, Sir, my dear brother, I happily recall your often quoted statement that the women, the children and the youth, are your number one priority in your development blueprint. As a woman and child rights advocate; and on behalf of these vulnerable groups, please Sir do all that is in your God given powers to avert violent conflict, such as those that have claimed the lives of thousands of women and children in our sub-region in the last three decades and destroyed their future prospects. This I hope will never happen in the Gambia under your sterling Presidency of our beloved country.

Your Excellency please be rest assured of my continued support and prayers, as you work with your peers and your citizens, to find a peaceful resolution to this political impasse. You are fond and proud of saying that when you came in 1994, not even a chicken was killed. I hope as you exit the government, that the same be said of your exit, this time, may it be said that not even a fly was swatted.

Finally Your Excellency, let me pray that in this work may Allah (SWT) strengthen your will and your hands to reach a peaceful exit following your glorious tenure of 22 years. Please be further assured Your Excellency, of my continuous high regards and affection for you and your family. May God bless you, the First Lady H.E. Madam Zineb Yahya Jammeh and your beautiful children Mariam and Muhammed Jammeh.

Season’s greetings and God bless you all.

Chairperson of the Authority of Heads of State and Government of

The ECOWAS/CEDEAO and President of LIBERIA.

President of the Federal Republic of NIGERIA.

President of the Republic of SIERRA LEONE

Out-going President of the Republic of GHANA

Head of the UN Office for West Africa and the Sahel