The mouth-watering clash attracted large crowd from Wellingara and its surrounding. Both sides played offensive and defensive in the 45th minute of the game and created a few scoring opportunities in each other's goal mouth, but both sides failed to break the deadlock, thus the first half ended 0-0.

In the second half, Miami FC were like wondered lion and they mounted heavy pressures on Agric FC's defence line. Their efforts paid dividend in the 59th minute through Mustapha Ceesay from brilliant finish.

Agric FC levelled the score sheet through Kawsu Kinteh in the 70th minute of play, and both sides fought back again for the winning but they were unable to net the winning goal, and thus the game ended 1-1

Victors FC defeated Agric FC 2-1, with Victors FC's both goals netted by Saikou Njie in the 56th and 70th minute of play, respectively, while Agric FC's lone goal was registered by Alfred Camara in the 20th minute of play. 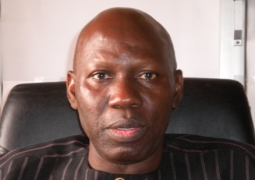