The newly appointed head coach of relegated GFA division one giants Africell Ousman Janneh who failed in his attempt to rescue Africell from relegation to the 2nd division  after 12 games in charge could not hide his anger and disappointment for the poor organization of the Football association noting that Africell were the only first division side to play the first division game at 3.00 clock which he added culminated to his side's defeat to fellow division one side Gamtel including the poor refereeing  and believed the only way for FA to realize their dreams of attaining excellence in sports is to remain loyal to all the clubs in the first division for the betterment of football in the country.

Ousman Jammeh made these remarks during an exclusive interview with Pointsports at his residence in Bakau New Town on Wednesday. He also revealed that the absence of  his star players who were with the U-17 team also contributed to Africell's failure to maintain a place in the league which  included the absence of other key players who were  sidelined due to injuries they sustained which he added came at a very crucial moment for the team.

Mr Janneh who spent 15 years in the team as a technician believed he has achieved something for Africell during his time as the head coach despite his failed attempt to prevent them from second division football.

He went further to describe the decision of the central referee, Ansu, for awarding two controversial penalties during their 4-2 defeat to their neighbours Steve Biko as unfair and therefore, called on the FA to put things like that into consideration so that football can move in the right direction in order to achieve excellence in football and sports in particular.

"I believe in my personal effort but there are teams that depend on other teams in order to avoid relegation or secure a better position in the league which does not tell well," coach Janneh explained.

He revealed that the Management are aware of what transpired regarding Africell's relegation and as a result, assured them of their commitment at all times since the team belongs to them.

Coach Janneh further spoke of the need for early preparation with the team so as to prepare much better as they are facing another challenge in the second division although he remains optimistic of re-gaining promotion to the first division.

Africell's demotion to the second division for the 2nd time in 3 years is described by many as demoralizing. 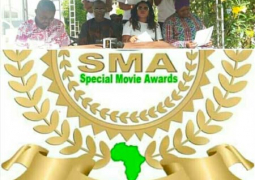