Africell is one of the leading companies in support of sports development in The Gambia.

The GSM operator has rendered countless support to national teams as well as local organisations in the successful running of their sporting activities.

In June 2010, Paradise FM Sports, for the first time in the history of Gambian sport, in partnership with Africell, initiated a sports award programme to honour the best player and coach in The Gambia’s 1st Division League.

The nation’s number one operator is also the owner of The Gambia’s first division side Africell FC.

In August 2010, the popular GSM company distributed football jerseys to 39 nawettan teams across the country. This was done in line with the company’s slogan ‘Africell in support of sport’. The move is also part of the company’s drive to encourage and promote grassroots football in the country.

In 2008 the GSM operator also set precedence by signing or securing the services of Belgian tactician coach Paul Put for The Gambia’s senior national team – The Scorpions. 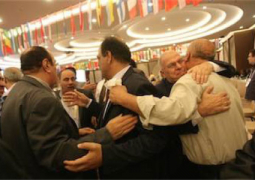