Despite the Euro crisis taking its toll on most European countries and the dangers associated with illegal migration, many African youths are still forcing their way to .

Just last Monday, said its forces had prevented more than 400 Africans from illegally emigrating to when they intercepted a boat off the coast of the North African country, some 16 km off the coast of .

Back home in The Gambia, despite the concerted efforts of the immigration officials and their partners and sister security personnel, illegal migration is still a major challenge.

In fact, sadly enough, during the Libyan crisis the government evacuated many of its citizens most of them illegal migrants from the North African country, but many of them are rumoured to have returned, vowing to enter .

It is now becoming clear that without seriously addressing the route causes of many of our youth migrating to illegally, we would find it extremely difficult to succeed against the menace.

We, therefore, recommend that more vocational training centres be built for our youth, more decentralised loan schemes, and national job recruitment centres also be constructed. Youth exchange programmes should also be initiated between our youth and youth in counties like .

Youth counselling centres should be built in the major towns to lecture our young people on the dangers associated with illegal migration and opportunities available at home.

Youth interested in business should be encouraged to take up entrepreneurship ventures to empower them economically.

Finally, we recommended that the Gambian government starts a television and radio campaign to keep our potential illegal migrants from trying to travel to .

CONGRATULATIONS TO THE UN AT 70 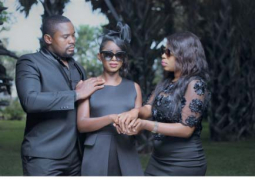