Gambian international Dawda Bah and Finish Champions HJK Helsinki will play s FK Partizan tonight, in in the 3rd qualifying round of the UEFA Champions League.

HJK and Gambian international Dawda Bah dream of playing at s most competitive league championship, was kept alive when they beat Ekranas 2-0 at home to book a spot in the third round of the champions' league qualifiers last week.

They turned down a 1-0 away win by Ekranas earlier in the qualifiers to set a date with FK Partizan.

The return leg will be played on August 4th at the HJK Finnair Stadium.

Other Gambian footballers in Europe's top leagues will clash in the UEFA Europa League action tonight with top teams like Premiership side , Juventus in the first leg of the 3rd round matches.

Amadou Jallow's Swedish Allsvenskan side Elfsborg will play host to Teteks, a top flight team from .

Njogu Demba and Odenese BK, who shared the spoils with in Monday’s 1-1, draw in match 2, leaving them 3rd and 4 points in the Danish League will play away to Zrinjski next Thursday.

Ousman Jallow and Paul Jatta's Brondby, who had an impressive weekend following their 2-0 win over AaB will play away to Buducnost in the European championship.

Demba Savage's FC Honka were also qualified in this championship, but lost to in the second qualifying round last Wednesday, thus giving out s second spot in the qualifiers as Mypa proceeded to the 3rd round.

Meanwhile, in , Abdou Darboe came in as a substitute in Honefoss 3-2 win over Lillestrom Monday night. Lillestrom, a mid-table occupant equaliser in the 53rd minute was not enough to keep Honefoss from firing the winner in the 61st minute to increase points to 16 in the Norwegian Tippeligaen. 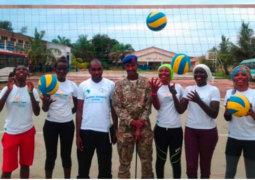