The importance of President Barack Obama’s U.S.-Africa Leaders Summit held this week in Washington, D.C. should not be underestimated. This is historic event for all Americans, but especially for 45 million Black Americans who all are direct or indirect descendants from Africa.

Because of the politically polarized atmosphere in Washington, D.C., whatever initiative that President Obama attempts to launch is met with the usual conservative or racially-motivated attacks on his leadership, motives or accomplishments. Yet, the sheer magnitude of 45 to 50 African heads of state along with their respective ministers will indeed significantly improve the public perception in America about Africa’s past, present and future.

But beyond helping to change some of negative stereotypes of Africa, the U.S.-Africa Leaders Summit has the potential to provide new business opportunities. In fact there were multibillion dollar investment deals on the summit table for consideration. There were also summit-related opportunities to work on sustainable, collaborative business ventures, joint economic development projects, and increased international trade relationships with Africa.

It would have been impressive if each Historically Black Colleges and Universities (HBCUs) had been involved in the conference. According to a statement issued by the White House, “This Summit, the largest event any U.S. President has held with African heads of state and government, will build on the President’s trip to Africa in the summer of 2013 and it will strengthen ties between the United States and one of the world’s most dynamic and fastest growing regions.” The theme of the U.S.-Africa Leaders Summit was “Investing in the Next Generation.”

President Obama reiterated, “I do not see the countries and peoples of Africa as a world apart; I see Africa as a fundamental part of our interconnected world – partners with America on behalf of the future we want for all of our children. That partnership must be grounded in mutual responsibility and mutual respect.”

Of course mutual responsibility and respect must not just be something that lasts a few days in Washington. The real test will be what happens after each African leader returns home. What will be the follow up? How will millions of people in Africa benefit from the summit?

In a telephone call with reporters, Ben Rhodes, the Deputy National Security Advisor for Strategic Communications, said “We chose to do this summit to send a very clear signal that we are elevating our engagement with Africa. We see enormous opportunities in Africa as it continues to advance its own economic development and continues to develop its capabilities as African countries continue to develop their capabilities as security partners of the United States and as democratic partners of the United States.”

He added, “What the United States has done in all of our signature development programs — on food and power and health – is not just provide assistance to Africa but build African capacity so that public health sectors are empowered to meet challenges on the continent; so that through our Power Africa initiative we are bringing electricity to the continent in a way that will foster development and integration with the global economy; and through our food security initiative we are building the capacity of the agricultural sector within Africa to feed populations and also to foster economic growth.”

We’ll see what happens next. One thing, however, is certain: The potential today for more economic development opportunity and progress in Africa is tremendous. In the wake of the U.S.-Africa Leaders Summit, I believe Black Americans in particular should independently reach out to Africa to established long term, mutually beneficial relationships. 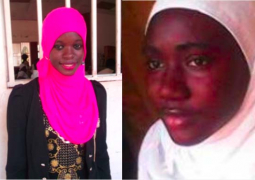