The idea of a Senegal-Gambian candidature for the organization of CAN 2019 is in gestation at the side of the Senegalese’s authorities, according to an impeccable Aps source.
“This idea is indeed on the agenda of the authorities, who perceived the great benefit they could draw in the sporting and political plan,” a source, who requires anonymity, announced.
The Minister for Sports of Senegal, El Hadji Malick Gakou, had suggested it has been several weeks Senegal had prepared its candidature for the organization of CAN 2019, to realize maximum return from the programme, “Senegal Horizon 2020”, and is working out to equip the Senegalese sport with new infrastructures.
If the project is carried out, it will be also the occasion for the immediate neighbour of Senegal, The Gambia, to take part in a major competition of football.
“It would be well, like Guinea Equatorial and Gabon in 2012 [for Africa of the Centre), to give to another country of the under-area (West Africa) the possibility of taking part in a final phase of Cup of Africa,” says the source.
It would be recalled that The Gambia has taken forever share to a final phase of CAN as seniors. 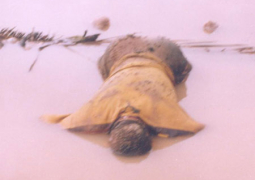