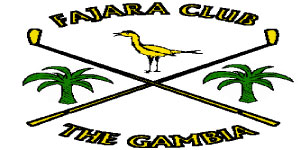 Nigeria Tennis players and officials yesterday arrived in Banjul for a few days’ visit to The Gambia as guests of Fajara Club.
The tennis stars as part of their visit will play an international friendly tennis tournament on 6 and 7 July 2012 at the Fajara club tennis lawn.
The tournament, which will be played between the Fajara Cub Tennis side and the Port Harbour tennis club from Nigeria, will commence on Friday 6 July 2012 at 4pm and  the final played on Saturday 7July 2012.
The matches will be played in five singles and five doubles.
Almamy Jagne, Fajara Club manager, said a delegation of 21 people including their National Assembly Speaker arrived in the country yesterday, 4 July 2012.
“They hope this will further strengthen the relations between the two countries and also boost our tourism sector, especially in the off season,” he said, adding that the visitors who are lodged at the Senegambia Beach Hotel and are expected to return home on Sunday.

Sainey Mboge arrives for U-20 tie