Following a suit filed at the Industrial Tribunal by Abdel Karim Arrar, plaintiff, against the Africa Muslim Agency, claiming D500,000 for unlawful dismissal, defence counsel Kebba Sanyang has filed a motion on behalf of the defendant for an order granting leave to the defendant to file an application for review of the order made by the Industrial Tribunal on the 2nd September 2010, for restricting the defendant from evicting the plaintiff from the apartment he  presently occupies during the pendency of the suit.

The motion indicated an order discharging the ex parte order made in the suit and restraining the defendant from evicting the plaintiff from the apartment he presently occupies, pending the hearing and determination of the suit.

Defence counsel Kebba Sanyang went ahead with the motion for a further order directing that the plaintiff should immediately vacate the apartment he has been occupying in the Banjulinding Asalam Orphanage Centre belonging to the defendant.

In supporting the motion, the Country Director of Africa Muslim Agency, Abdelmaounaim Mhindate, stated that the plaintiff was indeed an employee of the defendant and was assigned to head the Banjulinding Asalam Orphanage Centre a few years ago.

He further revealed in the affidavit in support of the motion that the plaintiff was given an apartment to occupy in the said orphanage in order to have direct supervision and control over the activities of the centre.

The Country Director supported the fact that the defendant started operating the said Asalam Orphanage Centre in Banjulinding in 2005, and that "the centre belongs to the defendant".

Mr Mhindate stated in his affidavit in support of the motion that the defendant is a charitable organisation, and the operation of the centre is one of the activities or objectives of the defendant in The Gambia.

He supported the fact that, at the moment, there are 300 orphans residing in the said centre, and being provided with three square meals a day by the defendant, and are children drawn from various parts of the country.

Mr Mhindate further indicated in his affidavit in support of the motion that there are 43 members of staff working in the centre, ranging from teachers, to orphan supervisors, cooks, cleaners, and security guards.

He added that the behaviour of the plaintiff in misappropriating charitable goods in six containers belonging to the defendant warranted the defendant to terminate his service.

Still supporting the motion, Mr Mhindate stated that upon intervention by senior officials of the defendant's organisation, the plaintiff was re-engaged by the defendant but was categorically informed that he will be transferred to another country, and that the plaintiff refused to accept the offer of re-engagement and filed the suit against the defendant.

The Country Director further said that the defendant had now appointed one Khalid Houda, a Moroccan national, as the head of the centre and that he arrived in The Gambia on 22nd September, 2010, having been transferred from . He indicated that Mr. Houda could not live or reside in the centre because the plaintiff still occupies the said apartment.

Mr. Mhindate in further support of the motion revealed that the situation has made it extremely difficult for the defendant to effectively and efficiently operate the orphanage, much to the disadvantage of the children in the orphanage.

Still supporting the motion, Mr Mhindate indicates that the head of the orphanage always resides in the centre in order to have direct supervision and control over the affairs of the centre, and that this is in the best interest of the orphans.

The case has been adjourned till 29th November 2010. 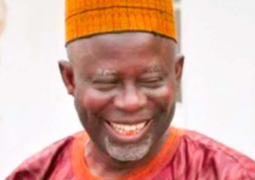 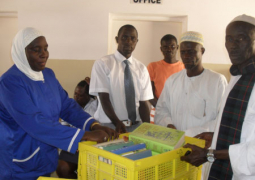