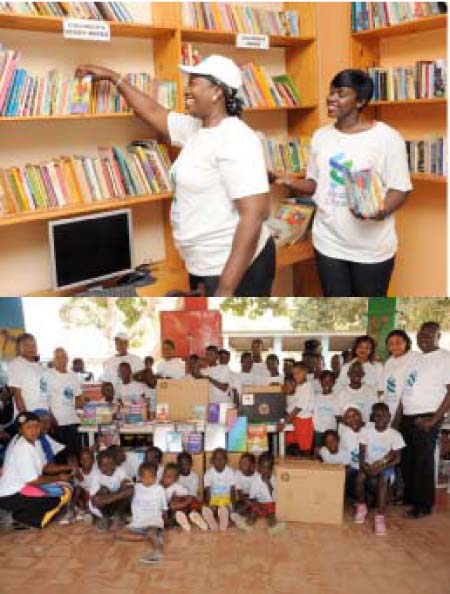 In addition to the donation, over 40 staff spent the day with the children to mark employee volunteering day.

“We are here to hand over five desktop computers, one laptop, one printer and over 100 research books to the SOS Children’s Village library to help in providing better learning facilities for the orphans living in the village and the Bakoteh community,” she said.

This, she added, was part of the bank’s commitment to building a sustainable business, supporting their customers and contributing to the communities in which they live and work.

In receiving the items, Omar Beyai, deputy director at SOS Children Village, Bakoteh, said they really appreciated the gifts and this was not the first time SCB has rendered support to the SOS Village.

He said he was not surprised by the magnitude of the gesture, adding that SCB are part of SOS Children’s family.

“We are appreciative of their intervention in supporting us,” he said.

Mr Beyai, on behalf of the children, mothers, national director and the village director, thanked SCB for the kind gesture.

He said the stationery will be put in the library and will help the children in improving their vocabulary also boost their engagement with Information technology.

He also appealed to all stakeholders to come and emulate SCB in supporting the SOS Children’s Village.

“We need everybody on board to come and support SOS Children,” he said.

He also called on other banks in the country to emulate SCB in supporting SOS Children’s Village.

The event ended with excitement from the children and staff of the village making the day a remarkable one for the Standard Chartered team and the entire village. 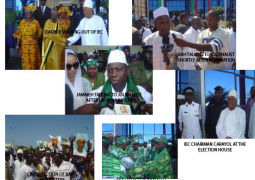