The Agency for the Development of Women and Children (ADWAC) with support from the West Africa Agriculture Productivity Project and Gambia Agricultural Emergency Support Project WAAPP/GAESP, recently sensitised stakeholders and local authorities on the forthcoming agricultural input distribution exercise to farmers at a consultative meeting held in Kerewan town in the North Bank Region, NBR.

The objective of sensitization exercise was the regional taskforce on the distribution plan, so as to ensure a timely distribution of inputs to smallholder farmers in an efficient and transparent manner at village and household levels, in order to restore their production capacities.

Mustapha Saidy, deputy governor NBR, thanked GEASP and the World Bank for the foresight in complementing government efforts in the quest to attain food self-sufficiency and Vision 2016.

He said the distribution of farm inputs would obviously increase capacity in food production and productivity.

Deputy Governor Saidy assured them of the support of the governor’s office in working with district chiefs, the regional agriculture directorate and ADWAC towards the successful distribution of the inputs.

Mamsamba Joof, ADWAC Executive Director, lauded the efforts of WAAPP, GEAPSP and TANGO for the trust bestowed on his agency to raise awareness of the beneficiaries and stakeholders on the input distribution plan.

He said the involvement and participation of the identified stakeholders was aimed at ensuring a free, transparent and efficient distribution of inputs.

The ADWAC official reiterated the agency’s commitment to the agreed Memorandum of Understanding with GEAPSP, outlining areas of collaboration.

He called on beneficiaries and stakeholders to be vigilant in working with the distribution teams, so as to ensure the transparent distribution of the inputs.

He said the regional office would obviously support ADWAC in sharing human resources at village level to enhance the effective seed distribution plan.

“Input distribution will be strictly based on set criteria at district levels, and included village must be engaged in active farming for a particular crop, and a functional Village Development Committee,” he said, noting that all interventions would be channelled through the VDC to identify the most vulnerable farmers.

The input distribution would benefit farmers who were hard hit by the 2011/12 drought to restore their production and food security, he said.

Lamin A. Jarju, the Project Manager Livelihoods ADWAC, thanked the World Bank and GEAPSP for the effort in supporting farmers to enhance food production at grassroots level.

He outlined the significant impact that the project could have on the farmers and their families, while urging the local authorities and the taskforce to strictly use and abide by the criteria for village selection.

Boost for Gambia U-19 cricket team 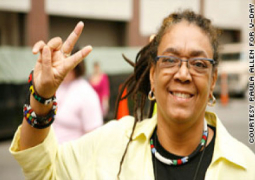