The Board of Directors of the African Development Bank (AfDB) Group approved, on 16 December, funding of USD 107.4 million for the construction of the and Cross Border Improvement Project, which is expected to bolster West African regional integration.

The project will help bring to fruition plans which the governments of The Gambia and have had for many years, to create fee traffic flow between the northern and southern parts of each in order to promote free movement of persons, goods and services between them and other countries of the Economic Community of West African States (ECOWAS).

Current inter-state transit on the corridor is marked by numerous barriers and check points. The lacks a fixed connection across it.

Service is by ferry and poor road conditions, which are compounded by long and costly customs procedures.

The project will respond to these challenges by improving transit and accessibility of the communities in the project zone. It will also reduce transport costs and travel and cross border times.

Furthermore, it will contribute significantly to the economic development of the countries through the improvement of transport infrastructure that increases competitiveness and inclusive economic growth.

AfDB President Donald Kaberuka said the project is consistent with the Bank’s key focus areas of infrastructure and regional integration.

“The African Development Bank Group can finance the building of bridges and roads, but it takes political will to make these infrastructure facilities attain their economic objectives and ensure the reduction of poverty among our people,” he said. 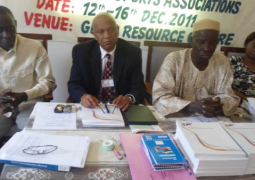 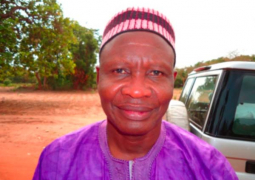