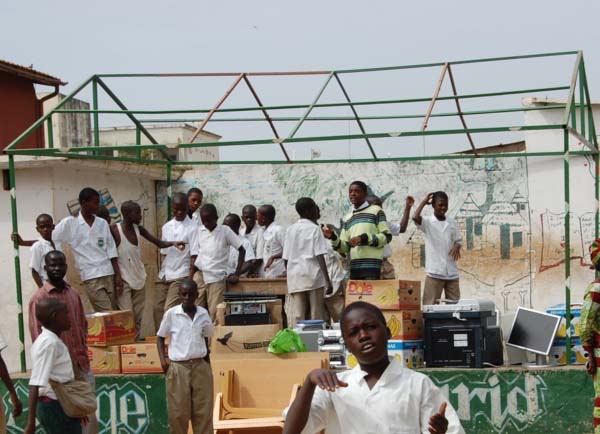 The executive members of Actiongambia recently donated computers worth D250, 000 to their alma-mater, Muhammadan Primary School in Banjul, among other places, aimed at improving the IT skills of students in the various schools, as well as making their learning easy.

The ex-students of Muhammadan Primary School in collaboration with their Gambian partners based in Oslo and Bergen in Norway continue to give priority to helping the school-going children, particularly those of their former school.

The items included a three-in-one printer, two desktop computers, a laptop, second-hand clothes and tables, among others, which were donated to Muhammadan Primary School.

The donation also included a computer set each to Banjul City Council and to Crab Island Upper Basic School.

Momodou Jobarteh alias Jobes, an ex-student, and Samba Njie, on behalf of the executive members, made the presentations.

According to the donors, this was the third year the ex-students were coming with such a gesture to the schools.

School authorities witnessed the presentation ceremony, as well as representatives from the Education ministry, and parents among others.

Muhammadan school head-teacher, Alhagie Cham, commended the donors for the gesture and promised to ensure proper care and good use of the equipment by the students.

He said they are in urgent need of the IT equipment for the improvement of the school.