Following the prosecutions closure of their case, the accused, Abdoulie Mboge, also took his time to narrate his side of the story before the Kanifing Magistrates' Court chaired by Magistrate Abdoulie Mbacke.

He further testified that a push and pull erupted between them, which resulted in a fight and during the course of the fight he cut his necklace and bracelet and that within a few days he was arrested. The accused was later cross-examined by prosecutor Inspector Fadera. 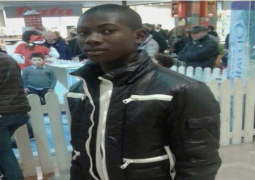 Lady Charged with Concealment of Birth