The Gambia Association of Accountants, GAA, will hold its annual general meeting on Saturday 24th May at the Paradise Suites Hotel. Among others, members will discuss implementation of the Financial Reporting Act, 2013 which established the Gambia Institute of Chartered Accountants, GICA. We thought it would be useful for our readers and the general public, including GAA members, to know the following:

GICA’s counterpart in Ghana is called the Institute of Chartered Accountants Ghana, ICAG. We have learned that ICAG recently pledged its commitment to supporting the government in Accra to fight corruption in the country. The members are throwing their weight behind President John Dramani Mahama, who has declared that his government was determined to fight corruption.

Speaking at a news conference in Accra, as part of activities marking the ICAG’s annual Accountants’ Week celebrations, Mrs Angela Peasah, president of ICAG, said it was in the position to honour the commitment, in view of its status as the sole institution in Ghana with the right to award the Chartered Accountant designation, and the right to regulate the accountancy profession in the country.

Peasah said members of ICAG were serving in public practice as auditors; in academia as lecturers; in business as accountants, internal auditors and finance executives; and as chief executives of enterprises, among others.

Members of ICAG, she said, were also in politics as members of parliament and ministers of state; and in international organisations such as the World Bank, IMF, AfDB, USAID, ECOWAS), among others.

ICAG was established by an Act of Parliament, Act 170, in 1963 and its members are the only persons recognized under the Companies Code (Act 179) 1963, to pursue audits of company accounts in Ghana.

The Institute, which is governed by a council of eleven members--all chartered accountants--is headed by a president and holds office for a period of two (2) years.

The Institute celebrated its Golden Jubilee anniversary last year on the theme: ‘The role of the Chartered Accountant in Ghana--50 years and beyond’ which was maintained for the celebration of this year’s Accountants’ Week.

Under this theme, two topics considered very relevant in the face of the country’s current economic situation were discussed at a conference held in Accra on May 15, as part of the Accountants’ Week celebrations.

They are: ‘Restoring our nation’s economy--the role of the chartered accountant’ and ‘Sustainable national debt management--options for Ghana.’

Corruption is the enemy of development, and of good governance. It must be got rid of. Both the government and the people at large must come together to achieve this national objective. 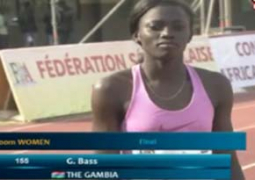