Bundung Magistrates' Court presided over by Magistrate Kumba Sinah Camara, has on , convicted and sentenced one Mr. Alhagie Mbye to a fine of D5, 000 in default to serve one year imprisonment.

According to the charge sheet, on , at Abuko village in the the convict assaulted one Modou Sarr by beating him all over his body and thereby causing him actual bodily harm. The convict pleaded guilty to the charge preferred against him.

According to the Prosecution the complainant Modou Sarr went to the shop to buy a drink and had D100 with him, adding that the shopkeeper said he did not have change.Alhagie Mbye continued aggressively to insult the complainant, and as a result the complainant sustained injury in the mouth. Some soldiers who were passing byintervened and arrested them and took them to Yundum Police station. The Accused admitted the facts, and he was accordingly convicted and sentenced. 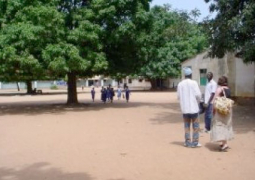