The particulars of offence on count one read that the accused, Musa Jawara, on 17 December 2015, at New Yundum Village, in Kombo North district of the West Coast Region, unlawfully entered into the house of one Mai Ceesay, his ex-wife, with intent to intimidate or annoy and insult her.

The accused on the same month, year and region, willfully and unlawfully assaulted one Ismaila Saidy by stabbing him with a knife on his chest, thereby committed an offence.

He denied the charge and was granted court bail of D100,000 with two Gambian sureties. 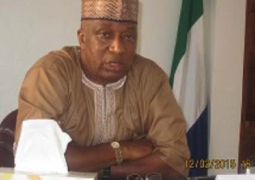