Well done to the Gambian government for making rice available at the reduced price of D750 for the holy month of Ramadan. Many people have been becoming increasingly concerned that unscrupulous shop owners were increasing their prices to take advantage of those in the community who are fasting and this move should alleviate that worry. Some shop owners are now charging D1,000 for a bag of rice and this is beyond the means of many families.

According to a government press release, the rice will be distributed to mayors, governors and chiefs who are requested to collect their allocations as from tomorrow Wednesday, 10 September 2008. The release says the rice will be sold to only inhabitants of their own districts and municipalities.

"No buyer would be allowed to buy more than one bag and buyers must be household heads. Those wishing to buy must do so in person and deposit the money with the mayor, governor, or district chief who will make a list of the number of buyers after which the rice will be delivered," the release stated.

This, the release added, would ensure verification of the actual buyer.

This system that the government is operating seems fair and well organised and we hope that it will have the desired effect and improve people's lives during this holy time.

While this help will greatly help people during Ramadan, the cost of rice continues to rise so we may soon be a in a situation where this kind of government help will be required all the time. This time is fast approaching and we hope that when the time comes the government will show the same resolve it has in recent days to alleviate the burden on Gambian consumers. 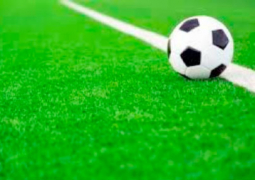