“You shall not make for yourself an idol in the form of anything in heaven above or on the earth beneath or in the waters below. You shall not bow down to them or worship them; for I, the Lord Your God, am a jealous God.....” (Exodus 20:4-5)

The Children of Israel, after four hundred and thirty years of slavery in Egypt, were soaked in idol worship. To now worship a God that they could not see was therefore utterly foreign to them; so not long after they left Egypt, they returned to the worship of idols. Whilst they could not deny the evidence that God’s presence accompanied them by ‘a pillar of cloud by day and a pillar of fire by night’ as they trekked the desert yet, they expected His physical presence.

Moses had been away for not quite forty days on Mount Sinai to receive the Ten Commandants from God, when they protested to Aaron: “Come make us gods who will go before us. As for this fellow Moses who brought us out of Egypt, we don’t know what has happened to him.” (Exodus 32:1b) Collecting the gold jewellery they had plundered from the Egyptians, they handed them over to Aaron to cast a golden calf.

As they were engaged in its worship, God saw this from heaven and drew the attention of Moses. “Go down, for the people whom you brought up out of Egypt have become corrupt. They have been quick to turn away from what I commanded them and have made themselves an idol cast in the shape of a calf. They have bowed down to it and sacrificed to it and have said ‘These are our gods, O Israel, who brought you up out of Egypt.’ ” (Exodus 32:7-8)

In His holy anger, God could have wiped them off the face of the earth if Moses had not pleaded with Him for mercy. The danger was that the Children of Israel were unable to make the difference between the worship of God and that of pagan gods.

Our worship is to God and Him alone. “Hear, O Israel: The Lord our God, the Lord is one.” (Deuteronomy 6:4) We bow down to God as a sign of submission to His authority—the creator of the world. Every other authority pales before Him. We cannot carve pieces of wood, mould images of clay or cast idols with our very hands and then bow down to worship them. “Of what value is an idol since a man has carved it? Or an image that teaches lies? For he that makes it, trust in his own creation; he makes idols that cannot speak.” (Habakkuk 2:18) “They say to wood, ‘You are my father,’ and to stone, ‘You gave me birth.’ They have turned their backs to me and not their faces; yet when they are in trouble, they say come and save us”’ Where then are the gods you made for yourselves? Let them come if they can save you when you are in trouble! For you have as many gods as you have towns, O Judah!’ ” (Jeremiah 2:27-28)

It is illogical to build an object with our very hands then recognise it as a god who is superior to us by bowing down to worship it. Whenever God gave victory to the Children of Israel over their enemies--the Amalekites or Philistines--in the course of their journey in the wilderness, they captured their idols as well, forgetting that if God has given them victory it was because He was a greater God.

Whenever we turn to idols, we diminish the authority and power of God, the Almighty, to a mere mortal. We reduce Him to our level when we equate Him to images, statutes, pendants, our parents or children--to doctors, entertainment artists, a sport like football or even our pastors; indirectly according them a higher and greater status than God. It is a sad fact, in our belief system, when we give credence to and elevate a non-living thing to the rank of a living God who is omnipotent, omniscient and omnipresent--complacently hiding behind ‘chosan’ and ‘ada’ or ‘these are what we found our forefathers doing.’ Paul teaches that “... an idol is nothing at all in the world and that there is no God but one. For even if there are so-called gods, whether in heaven or on earth (as indeed there are many gods and many lords), yet for us there is but one God, the Father, from whom all things came and for whom we live; and there is but one Lord, Jesus Christ, through whom all things came and through whom we live.” (1 Corinthians 8:4-6)

This abominable practice of idol worship was commonplace in Israel throughout the Old Testament days though the prophets spoke strongly against it and continually condemned it. The worship of idols, spirits and demons is senseless in the light of the indisputable power of God over them. We cannot accommodate God and idols under the same roof or in the same heart. “Before me no God was formed, nor will there be one after me.” (Isaiah 43:10b)

We need to examine ourselves again and see what idols we have harboured in our hearts above the God Jehovah. Whatever we spend most of our time with; whatever we have exchanged God with; whatever takes centre-stage in our lives and all other things that revolve around that interest, make up our idols. They get in the way of our relationship with God who deserves first place.

God is neither lame, blind, deaf, nor dumb; His hands are not short to accomplish all we may ask of Him. ‘Who is like You, O God?’ I would rather stick with God than create a god out of my own imagination. 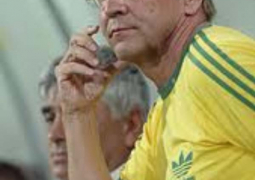