‘70,000 children die from TB, half a million infected annually’

According to Dr. Abdou K. Sillah, research clinician childhood TB working at the Medical Research Council (MRC), every year around 70,000 children die from TB worldwide and half a million are newly infected.

Dr. Sillah said this during a press briefing to mark World TB Day organized by the NLTP in collaboration with the ministry of Health.

In presenting a paper on TB’s reach in The Gambia, Dr. Sillah said the childhood programme started with the overall objective of improving the diagnosis and management of children affected by tuberculosis in the Greater Banjul Area.

He added that additional services are currently provided by MRC-The Gambia but are closely interlinked with the National TB Programme (NTP).

He revealed that in 2009, case notification for children under 15-years was 4.4 percent in The Gambia, much below the average figures for sub-Saharan Africa, where childhood TB is estimated to contribute between 15-25 percent of the overall disease burden.

The programme would enable them to quantify the contribution of childhood TB to the overall disease burden in The Gambia, he said.

According to him, most children especially the very young acquire TB from an adult household member who is ill with active TB.

Dr. Sillah stated that the TB research started operation on 10 February 2012 and led to the current study programme grant.

The two studies have jointly achieved the following: Enrolment into the study; the programme has effectively enrolled several hundred households into the study and contributed significantly to diagnosing a number of children with active TB.

The programme has organized several training programmes for LTLs with the aim of building their capacities to more easily recognize childhood TB with the hope of instituting early intervention to reduce morbidity and mortality. 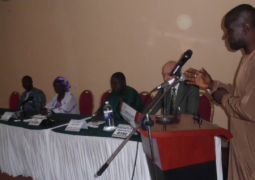 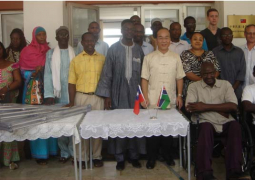