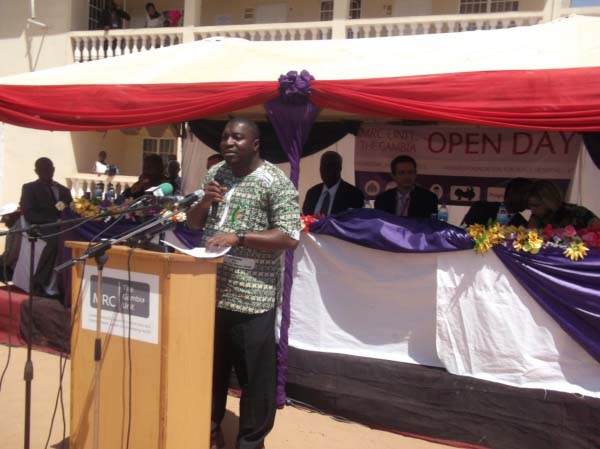 The Medical Research Council (MRC) in The Gambia yesterday held an Open Day forum in partnership with the ministry of Health through the Jammeh Foundation for Peace Hospital (JFPH).

The theme for the forum is: “Protecting Newborns and Eradicating Polio” aimed at giving the community the outcome of the two studies undertaken by the MRC where recruitment of study participants took place at the JFPH, and to substantively inform them of the ongoing studies at the health facility.

This followed MRC’s recruitment of 350 women at JFPH, and it has now completed the follow up, out of which 105 women were colonized with GBS and 60 of their babies were colonized.

The day also witnessed the exploration of other studies such as the PregnAnzl, the Inactivated Poliovirus Vaccine (IPV) trial, the PCV10 trial and the Group B Streptococcal Antibody in Gambian Mothers and Infants (GAMI) studiesdelivered by various doctors of the council.

It also witnessed a presentation by the MRC of an oxygen concentrator and suction machines worth over D200, 000 to the JFPH.

Held at the JFPH in Bundung, Dr. Samba Ceesay outlined the provision of a quality and affordable healthcare service as one of the key priorities of the government.

He said the collaboration between the unit and the government in terms of groundbreaking research is long-standing and hoped it continues.

He considered the theme as timely, as saving the lives of newborn babies and eradicating polio has been identified as an urgent healthcare priority in sub-Saharan Africa.

Dr Ceesay added that though there has been a significant decline in the number of deaths in children under five, only a minor decline has been observed in babies between birth and one month of age.

He said the parties have embarked on studies aimed at saving the lives of newborns and eradicating polio, that the PregnAnZl study results have shown that prevalence of bacterial carriage among women who received one oral dose of Azithromycin during labour was less than half than women receiving a placebo.

He said the IPV study has now completed its field activities and has produced data, which is likely to be used by the WHO as part of the ongoing global polio eradication campaign worldwide.

Dr Ceesay added that the trial looked for interference between the Inactivated Poliovirus Vaccine (IPV) and the other vaccines in the routine immunization schedule in The Gambia and elsewhere at nine-months of age.

Dr. Ed Clarke of MRC Unit said pneumonia and meningitis caused by a germ called pneumococcus are both serious infections, which continue to cause many thousands of deaths and serious illnesses in infants and children across the world, including in The Gambia.

“These deaths are decreasing due to the pneumococcal conjugate vaccine which babies in The Gambia receive when they are 2, 3 and 4 months of age and which is safe and effective,” he said.

Lamin Samateh of the MRC Unit said that GAMI aims to look at mothers colonized with Group B Streptococcus (GBS) and their babies from birth to three months, as this bacteria is the most common reason for babies to get sick in the first months of life.

Dr. Mariama Badjie-Hydara of the MRC Unit said the number of polio cases worldwide has declined from 350, 000 in 1988 to less than 500 reported cases in 2012, out of which The Gambia received no polio case since 2000; however, the disease still exists in some places making continued polio drop campaigns in The Gambia necessary.

Celebrating Easter in peace and harmony

Constructional works on infrastructural development and others such as communication, health, agriculture, education and economic development are at this very moment Taking place throughout the length and breadth of the Country 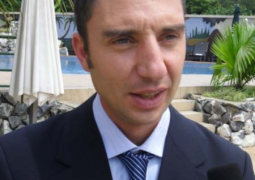