Buba Bajinka, Nyima Jabang, Lamin Jabang, Imuran Jabang and Famadi Bojang were recently arraigned before Principal Magistrate Abeke of the Brikama Magistrates’ Court, charged with prohibition of conduct conducive to the breach of the peace.

They all pleaded not guilty of the charge and were each granted court bail of D200 with two sureties each.

According to the charge sheet, on 16 April 2011, at Pirang Village, in Kombo East, West Coast Region, the accused persons conducted themselves in a manner likely to cause breach of the peace. 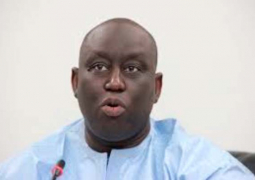